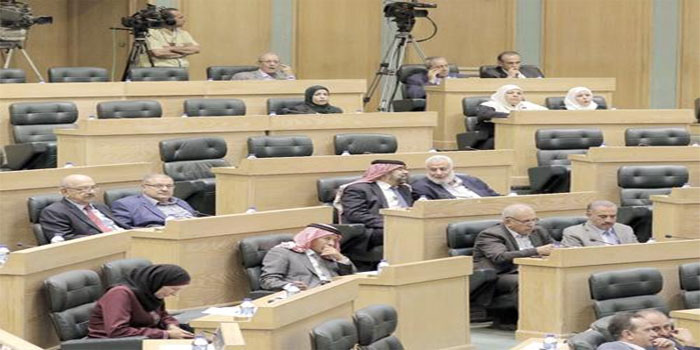 The Lower House continued on Tuesday its deliberations over the government’s policy statement with vote of confidence expected on Thursday.

A total of 70 MPs presented their notes on the government’s policy statement over six morning and afternoon sessions held during the past three days. Most of the MPs who took the podium criticised the Cabinet’s make-up and demanded that more serious measures be taken towards eliminating corruption and upgrading citizens’ living circumstances.
Before adjourning Tuesday’s session, House Speaker Atef Tarawneh called on lawmakers to abide by the time limits given to parliamentary blocs and independent MPs while presenting their notes on the policy statement of Prime Minister Omar Razzaz’s government, noting that the vote of no confidence will be conducted on Thursday.

The chamber has decided to give each parliamentary bloc 30 minutes and each individual MP 15 minutes to present their replies to the government’s policy statement.

Deputy Andre Hawari criticised the government’s make-up, saying that most of the ministers in Razzaz’s government served in the former government which, he said, has pushed people to the streets to demand its departure, according to Petra.

He also described the policy statement as “loose”, filled with “pledges, wishes and dreams” with no well-defined programmes to solve the country’s woes.

President of Palestine Committee MP Yahya Saud called for reviewing the 1994 Wadi Araba Peace Treaty with Israel which, he said, is being violated by the “Zionist entity”, Petra said.

MP Manal Dmour said that increasing taxes might solve budget deficit but it “affects the economy, harms investments and pushes companies to close”.

For Deputy Jamal Gammoh, the premier’s top priority “should be enhancing the rule of law and the public participation in the decision-making process”. “No economic reform would succeed if not preceded by a genuine political reform.”