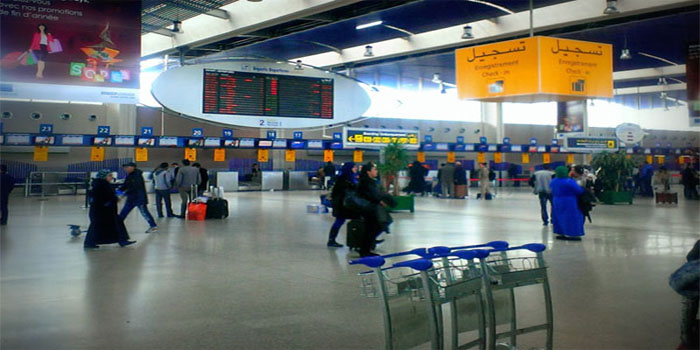 Moroccan airports received about 1.861.875 customers in January 2019, making this the highest recorded number of passengers.

Meanwhile, North America and the Maghreb countries experienced growth rates of 0.89 and 0.11, respectively. The Far East suffered a decline of 2.3 percent.

In January 2019, there were 16,604 movements, an increase of 10.66 percent over the previous year. Mohammed V airport shares 43.97 percent of the global increase for Moroccan airports, while Marrakech-Menara shares 21.71 percent and Agadir Al Massira 8.55 percent.

During the same period, the traffic of commercial aircraft flying over the Moroccan airspace experienced a strong growth of 10.8 percent. Meanwhile, freight traffic recorded during this period increased by 2.66 percent to reach a volume of 7181.60 tons against 6995.32 tons in January 2018.