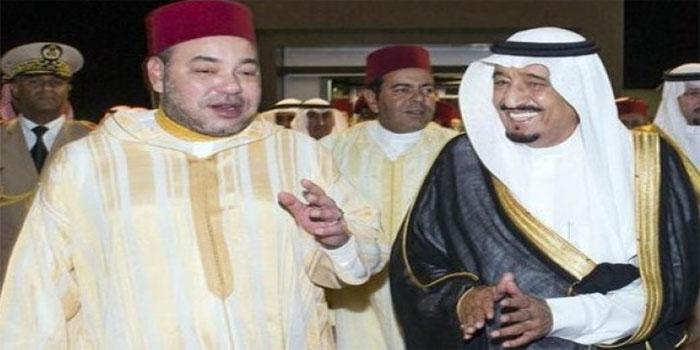 King Salman’s visit to Morocco beginning July 24 comes amid an unprecedented diplomatic crisis gripping the Gulf Cooperation Council (GCC). On June 5, Saudi Arabia, the United Arab Emirates, Bahrain, and Egypt decided to cut their diplomatic ties with Qatar. After a week of silence, Morocco announced it would remain neutral in the conflict and King Mohammed VI offered to mediate among the countries to ease tension and put an end to the crisis.

Shortly after declaring its neutrality, Morocco sent plane-loads of food supplies to Qatar to help it cope with the sea, land, and air blockade imposed by the Saudi-led alliance.

In the midst of this serious diplomatic rift affecting the region, many feared Morocco’s move would strain its relations with Saudi Arabia and the United Arab Emirates (UAE). However, as noted in my earlier article analyzing Morocco’s decision, relations between Morocco and its Gulf counterparts have historically been strong enough to weather Morocco’s neutrality amid the crisis.

With King Salman’s choice of Tangier as his favorite summer vacation spot in recent years, the Saudi King’s decision to holiday in Morocco again this summer is a sign that relations between the two monarchies remain relatively unaffected by Morocco’s position regarding the ongoing Gulf crisis.

Notwithstanding the negative reaction of some Saudi media that disparaged Morocco’s decision not to side with Saudi Arabia in its feud with Qatar and aired reports questioning Morocco’s sovereignty over the Western Sahara, relations between the two countries are solid.

Indeed, the bonds of fraternity between the two monarchies have evidently reached a level of maturity that resists misunderstandings or differences of political views.

By deciding not to side with Saudi Arabia, Morocco has positioned itself to be the means of last resort for the feuding members of the GCC in the event other ongoing mediation efforts to end their diplomatic crisis fail.

The mediation efforts undertaken thus far by the U.S. administration, Kuwait, and Turkey have fallen short of commencing negotiations and bringing to an end the blockade against Qatar.

By deciding not to side with any party in the ongoing crisis, Morocco has created space and credibility for itself vis-à-vis all the parties should they decide to use its good offices. While Morocco is not currently playing an active role in bringing the parties to the negotiating table, King Mohammed VI is certainly better positioned than Turkey’s President Recep Tayeb Erdogan to help to ease tension and restore trust between the GCC leaders.

The strong fraternal relationship between King Mohammed VI and the leaders of Saudi Arabia, the United Arab Emirates, Qatar and Bahrain is one factor that places Morocco in a strategic position to act as a mediator. In the last sixty years since Morocco’s independence in 1956, the monarchy have sought to cultivate and strengthen relations with Gulf monarchies, especially Saudi Arabia and the United Arab Emirates.

A unique characteristic of relations between Morocco and its GCC partners is that they are not dependent on the particular king or ruler leading each country. Relations have withstood the test of time and have outlived the reigns of several Saudi Kings, including King Faissal, King Fahd, and King Abdullah, as well as the reigns of Morocco’s King Hassan II, and of Sheikh Zayed bin Sultan Al-Nahyan, the first ruler of the UAE.

The existence of personal relationships between Moroccan monarchs and their Gulf counterparts and the compatibility of their views on a range of regional and international issues have also rendered diplomatic relations among the countries virtually immune to any major diplomatic crisis. Such strong ties place King Mohammed VI in a better position than any other world leader to mediate the ongoing Gulf crisis.

A second factor that puts Morocco in a key position to mediate is its stance of neutrality since the breakout of the crisis. By remaining neutral, Morocco has maintained an equidistant approach to all the players, avoiding any claim that is has vested interests in siding with one camp to the detriment of the other. Instead, Morocco has demonstrated the importance to the region of settling grievances and opposing views through dialogue, consistent with Morocco’s traditional approach to foreign policy of using mediation as a tool for conflict resolution. For example, in 2012 Morocco in cooperation with Spain launched an initiative for the “Promotion of Mediation in the region of Mediterranean,” in the United Nations in New York, and hosted the UN-sponsored talks to end the military conflict in Libya.

By contrast, Turkey’s President has since the beginning of the crisis supported Qatar in the dispute urging the parliament to ratify a military agreement with Qatar signed in 2015 and deploying more troops to the Turkish base in Doha. Having sided with one party in the crisis, Turkey’s President does not have the requisite impartiality to engage in a mediation effort. Erdogan’s visit to Saudi Arabia, Kuwait, and Qatar on July 23-24 therefore has only small chance of success, as it is unlikely that the Saudi-led bloc could regard him as a trusted and impartial mediator.

In addition, mediation efforts undertaken by Turkey are likely to be hampered by two other factors: Turkey’s support for the Muslim Brotherhood and deterioration of Turkey’s relations with Egypt, and strained relations between Turkey and the UAE, which has been accused by Turkish officials and media of being behind the failed military coup that sought to topple Erdogan in July 2016.

Although it is still too early to tell whether Morocco will play a significant role in resolving the Gulf crisis, King Salman’s decision not to change his plans to spend the summer holiday in Tangier for the third year in a row, indicates that Morocco’s neutrality has not dampened trust between the leaders of the two countries. King Salman’s stay in Morocco might also offer a glimmer of hope that the Saudis could open the door to a full-fledged Moroccan mediation in the crisis. It would not be surprising also to see some of the leaders of the Saudi-led bloc visit King Salman during his stay in Tangier.

What makes such a scenario more plausible is the fact that the Saudi-led bloc is finding itself increasingly isolated on the world stage. The tough stance the countries adopted towards Qatar has backfired, leading a number of countries to question the real motives behind the severance of diplomatic ties with Qatar. After the United States’ refusal to side with the Saudi-led bloc and to force Qatar to soften its stance, these countries may welcome a face-saving solution to pave the way towards ending the crisis. Morocco may prove key in achieving this goal for the benefit of all parties.