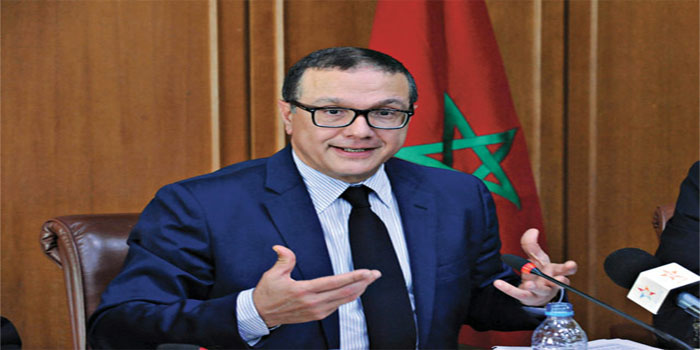 Morocco has officially finalized its entry into the the capital of the Development Bank of Central African States for a total amount of 4.52 billion FCFA, Minister of Economy and Finance Mohammed Boussaid announced Wednesday.

Boussaid and Zounguere Sokambi Armand Guy, Vice-President of the Central African Development Bank (BDEAC), signed on Wednesday in Rabat, the formal agreement of the participation of Morocco in the social capital of the BDEAC, according to an official statement.

Morocco’s participation in the round table of the institution of financing of the development has two characteristics: the holding of 238 Class B shares with a par value of around MAD 165,000 each for a total amount of approximately MAD 40 million, and the holding of a share of callable capital of a nominal value around MAD 35 million, for a total of MAD 75 million.

Stressing Morocco’s firm determination to establish win-win economic and financial partnerships at the continental level, Boussaid explained during a press conference that “Morocco’s participation to the BDEAC board follows the strategic vision of King Mohammed VI, to be part of African financial and economic institutes.”

Highlighting Morocco’s desire to strengthen its relations with the countries of the Economic and Monetary Community of Central Africa (CEMAC), the minister also recalled the return of the kingdom to the African Union and the agreement for its accession to ECOWAS.

This agreement is the final step in a process that officially began on November 2015, when authorization was given by the decision-making bodies of BDEAC to open its capital to entities that are not members of the CEMAC.

In February 2016, Morocco was asked to participate in this acquisition. In May 2016, the Moroccan Ministry of Finance marked the Kingdom’s agreement in principle on this operation.

The resources obtained from this cooperation will enable the BDEAC to “better meet the financing requirements of the public and private sector of the Economic and Monetary Community of Central Africa (CEMAC) and contribute to the well-being of Population,” says the BDEAC.