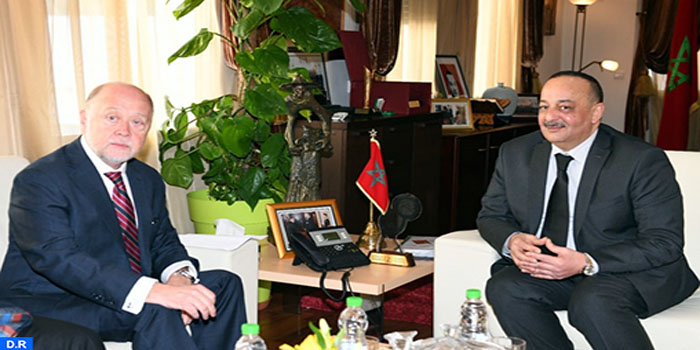 Morocco and Chile are poised to give a more solid foundation to their newfound diplomatic relations by committing to becoming closer on the cultural front.

Meeting yesterday with the Chilean ambassador to Rabat, Alex Geiger Soffia, Morocco’s Minister of Culture and Communication Mohamed Laaraj, said that Rabat is grateful for the friendly and growing bilateral ties with Chile.

In the Americas, Chile has been an illustration of Morocco’s increased diplomatic outreach and assertive public relations to garner international support for its Western Sahara stance. Laaraj suggested Morocco can only show commitment and reciprocity to such a supportive country like Chile.

In January last year, the Chilean Senate passed a resolution in support of Morocco’s 2007 Autonomy Plan.

The resolution acknowledged the seriousness and credibility of Morocco’s Western Sahara position. It noted that the referendum, one of the Polisario Front’s highest priorities, is “inapplicable.”

Morocco’s plan, the resolution concluded, “will undoubtedly enable the Sahara population to exercise their right to self-determination, by democratically managing their own affairs through legislative, executive and judicial bodies with exclusive powers under the sovereignty of Morocco.”