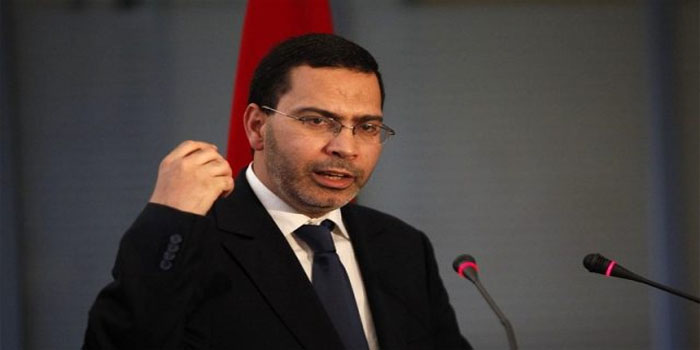 Moroccan Government Spokesman Mustapha El Khalfi appeared to discredit the news reported by the Moroccan media a week ago about a planned visit by Israeli Prime Minister Benjamin Netanyahu to Morocco.

“I will not respond to rumors,” El Khalfi told a press conference following the weekly Government Council in Rabat on Thursday. Israeli media outlets shared rumors that Netanyahu would visit Morocco in March or April. Activists have demanded Morocco refuse his visit.

Responding to a call by the Moroccan Anti-Normalization Observatory, dozens of activists took part in a protest against the normalization of relations with Israel in front of Parliament on Monday. The observatory said in a statement on Sunday that the purpose of the visit was to announce a US-proposed solution to the Sahara crisis.

Read Also: Moroccan Figures Sign Petition Against Israel’s Compensation Demand
The secretary general of the observatory, Aziz Hanawi, told Morocco World News that those promoting a visit by Netanyahu to Morocco are trying to “convince us that it is a matter of mediation on the Sahara issue.”
Moroccan newspapers announced that Netanyahu would come for the inauguration of the Attia Synagogue, or “Slat Attia,” in Essaouira. In previous statements, the Moroccan government denied “any official, political or commercial ties with Israel.”

“The visit would take place around March 30, right after a visit to the African country by Pope Francis,” the Times of Israel reported last week.Israeli news outlets claimed that Morocco hopes to use diplomatic overtures with Israel to bargain for US government support on the Western Sahara conflict.