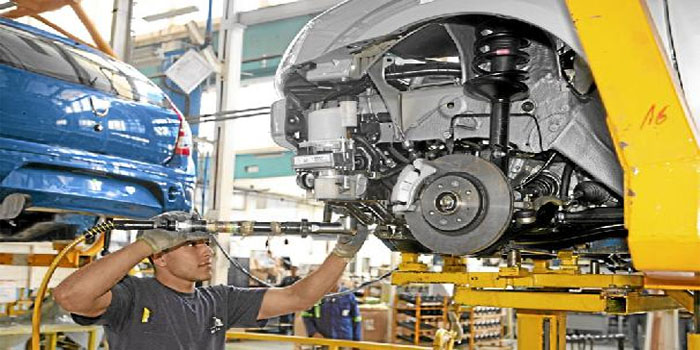 With the new year marking the halfway point in Morocco’s ambitious 2014-20 Industrial Acceleration Plan, efforts are accelerating to develop both burgeoning and established industries in the country, according to Oxford Business Group (OBG).

In September the Moroccan government signed a memorandum of understanding with US-based aeronautics giant Boeing to establish an industrial zone for the segment, the OBG underlined, adding that under the deal, Boeing’s operations in the zone will source parts and services from a supply chain of local aerospace suppliers, creating 8700 skilled jobs and generating $1bn in exports in the process.

Morocco’s aeronautics segment has made significant strides in recent years, growing from virtually non-existent in the year 2000 to about 120 manufacturers at present, OBG noted.

Like aerospace, the country’s automotive industry has surged in recent years, reaching record export levels for the third straight year in 2016, with the 316,712 units shipped abroad representing a 22.4% year-on-year rise, the OBG underlined.

According to this global research firm, part of this growth came from an 18% production increase at France-headquartered Renault’s plants in Tangiers and Casablanca, which scaled up to meet growing demand in Egypt, Tunisia and Turkey.

This number is set to rise further in the medium term, as a new production facility being built by French manufacturer Peugeot in the Atlantic Free Zone of Kenitra begins operations in early 2019, OBG noted.

According to OBG experts, the new facility is expected to create knock-on benefits for the local components industry. The Atlantic Free Zone of Kenitra, operational since 2012, hosts eight manufacturing plants that employ more than 6500 people under firms such as French manufacturer Saint Gobain.

In anticipation of Peugeot’s new factory, the firm plans to expand annual production capacity at its Sekurit plant from 400,000 to 1m units this year. Currently, some 95% of output goes to Renault’s Tangiers plant, with the rest channeled to the German auto manufacturer Opel in Spain, OBG underlined.

Oxford Business Group is a global publishing, research and consultancy firm, which publishes economic articles on the markets of the Middle East, Africa, Asia and Latin America and the Caribbean.