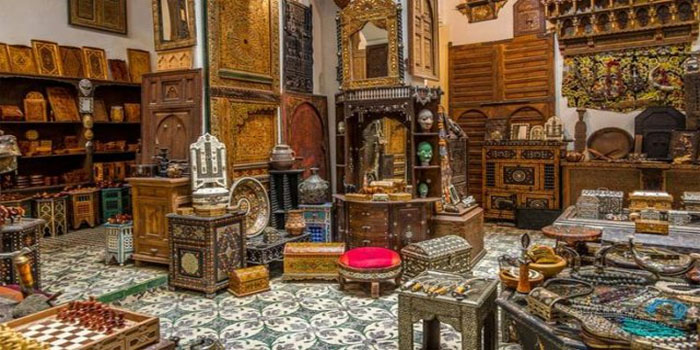 Moroccan artisan product exports have performed well in January to July 2018, increasing by 93 percent from the same period last year.

According to statistics from the Ministry of Handicrafts, Social Economy and Solidarity, Morocco’s handmade exports have increased notably.

Brassware tops the list of artisan exports; demand abroad multiplied by 7.4 compared to the amount shipped in 2017. Pottery and stone also performed we

The jewelry industry posted a 99 percent increase in exports, followed directly by wood and wrought-iron sectors, whose sales rose by 82 percent.

Exports of traditional carpets and clothing increased by 19 percent and 9 percent, respectively.

Handmade exports to the United States grew by 32 percent, which together with Arab countries accounted for 65 percent of total handicraft export turnover.

Exports of Moroccan Handicrafts Record 32 Percent Increase in 2017
Efforts to preserve handicrafts industry
The artisan sector is of a great importance to Morocco as it reflects the kingdom’s identity and heritage.

In 2017, the Ministry of Handicrafts signed three agreements.

The first aimed to engage craftsmen in an English training program to improve their communication and the sale of their products. The supervising ministry signed the agreement with the American Embassy and the American Language Center.

The second agreement signed by representatives from a number of Moroccan and American organizations aims to improve the quality of Moroccan handicrafts, the attractiveness of artisan products in the US market and matching handicraft products to contemporary trends.

The third agreement reflects the ministry’s desire to preserve Moroccan heritage, especially carpet-making. The supervising ministry signed an agreement with the National Museum Foundation to launch a carpet museum in Marrakech.In June 2018, Head of Government Saad Eddine El Othmani received a delegation of the national trade unions who requested the expansion of health coverage to cover craftsmen, who constitute a large number of Moroccans. The request is still being examined.