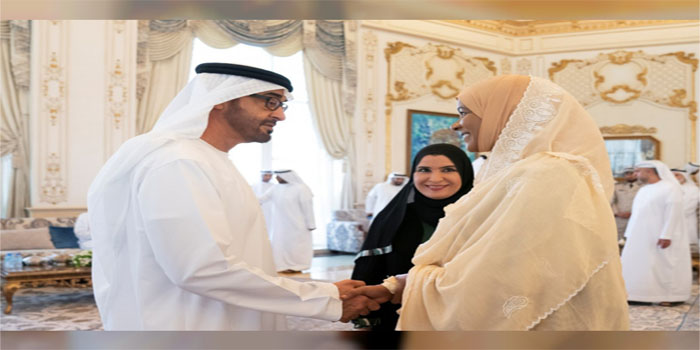 The two sides discussed ways to enhance cooperation between the two countries, particularly in parliamentary, developmental and humanitarian fields. Also discussed were topics of mutual interest.

Sheikh Mohamed and the Speaker of the House of Federation of Ethiopia also talked about the importance of parliaments in advancing peoples’ issues and supporting their aspirations for development, stability, peace and prosperity.

The meeting also touched on ties of friendship and UAE’s developmental and humanitarian efforts in Ethiopia.