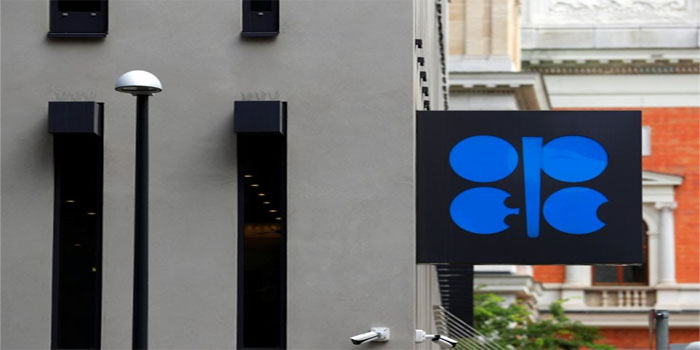 The Middle East region’s oil demand is anticipated to expand by around 50 tb/d in 2018. In the Mideast, oil demand growth is expected to gain further strength in 2019 compared with the current year, with the estimations hovering around 90 tb/d of forecast oil demand growth, amid a strong rebound in economic activities.

Opec’s monthly (July) oil report noted that in Qatar, oil demand was flat y-o-y during the month of May 2018.

Going forward, oil demand projections for the country are mixed, while the upward potential remains linked to the overall economic performance, healthy oil prices and the performance of the power and industrial sectors during the peak summer demand season.

On the other hand, downward risk is linked to a higher level of substitution with natural gas and the process of economic reforms, which includes a partial removal of subsidies.

In Saudi Arabia, May 2018 oil demand growth figures weakened for the second consecutive month and for the third month this year. Oil requirements fell by 23 tb/d, or 1.0 percent, compared with the same month in 2017, to reach 2.51 mb/d.

Within products, a mixed performance was observed; the solid growth in fuel oil, jet/kerosene and LPG was outweighed by slower-than-expected growth in crude for direct burning, diesel oil and gasoline.

On a cumulative basis, with data from January to May, oil demand growth in the Kingdom is negative, as reductions in diesel oil and gasoline demand weighed on overall product performance. Data indicates a decline of around 0.1 mb/d, or 4.2 percent y-o-y, compared with the same period in 2017.

Saudi Arabia is projected to be the main contributor to growth in the region in 2019 despite a lacklustre growth outlook for the current year.

According to Opec, the world oil demand is assumed to rise by 1.65 mb/d in 2018, unchanged from the previous month’s report despite revisions within the regions, which offset each other. Global world oil demand is now projected to average 98.85 mb/d. Oil demand growth in the OECD region was revised higher by 0.1 mb/d in 1Q18, due to better-than-expected data in OECD Americas, particularly in the US.

Firm light and middle distillate demand, supported by a healthy petrochemical sector and positive developments in industrial activities, contributed to most of the upward revision in the US during Q1,18.

In the non-OECD region, oil demand growth was revised downward during 2Q18 by 0.1 mb/d on the back of weaker-than-expected data from Latin America and the Middle East as a nine-day trucker strike blocked highways, impacting oil demand negatively in Brazil, while slower construction activities and subsidy reduction policies took a toll on oil demand data in the Middle East.

Steady development in the global macroeconomic sphere is spurring on oil consumption in 2019. As such, world oil demand is forecast to grow by 1.45 mb/d, or 1.4 percent y-o-y.

The OECD region is anticipated to show growth of 0.27 mb/d. In the non-OECD region, growth is expected at around 1.18 mb/d with improvements seen in Latin America and the Middle East.

Light distillates – supported by NGL capacity additions and steady petrochemical margins – and strong middle distillate requirements – in light of healthy industrial and aviation sectors and firm gasoline consumption supported by an expansion in the global vehicle fleet – are projected to lead increases in petroleum product requirements in 2019.

Nevertheless, the outlook is subject to a number of positive as well as negative uncertainties. To name few, further acceleration, or deceleration, in economic activity, industrial production in major demand centres, the development of oil prices, weather conditions, technological advancement including digitalization effects and vehicle electrification, as well as substitution effects and energy policy changes.

The OPEC Reference Basket (ORB) declined 1.2 percent in June, but remained within its three-year high at $73.22/b. All ORB component values decreased over the month alongside their perspective crude oil benchmarks, with lighter grades slipping the most. ORB is a weighted average of prices for petroleum blends produced by Opec members. It is an important benchmark for  crude oil prices.

The ORB ended the first half of the year significantly higher compared to the same period a year earlier.

NYMEX WTI futures weakened more, due to high US oil supplies. Oil prices mostly fell on expectations that Opec and participating non-Opec countries will gradually increase output to make up for the potential disruption to oil flows.