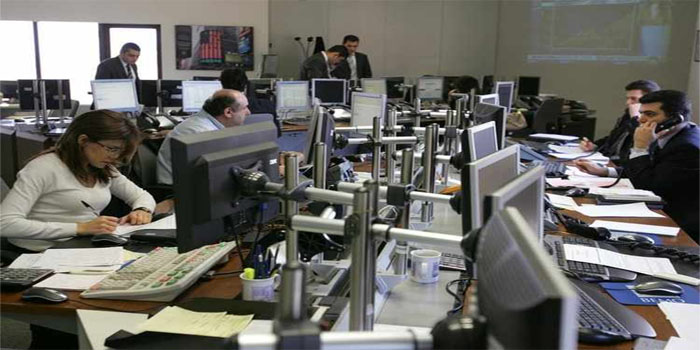 The international ratings agency Moody’s has described Lebanon’s implementation of the Basel liquidity coverage ratio as credit positive. “We expect that the LCR ratio will improve banks’ short-term liquidity management and help them avoid liquidity shortages,” Moody’s said in a statement.

The aim of the LCR is to strengthen regulations and promote a more resilient banking sector, ensure a bank has high-liquidity assets that can meet its needs for a 30-day stress scenario, meet the Net Stable Funding Ratio (a metric for liquidity) and improve the banking sector’s ability to absorb shocks, “thus reducing the risk of spillover from the financial sector to the real economy,” according to the website of the Basel-based financial institution for the world’s central banks, the Bank for International Settlements.

“Once the LCR has been fully implemented, its 100 percent threshold will be a minimum requirement in normal times. During a period of stress, banks would be expected to use their liquid assets, thereby temporarily falling below the minimum requirement,” it said.
Lebanon’s Central Bank issued a circular of the basic decision on March 8, instructing all banks, with the exception of Islamic banks, to apply the LCR on their domestic and foreign operations. Included in the articles of the decision are that the banks maintain an LCR that reflects their internal assessment of liquidity risk and is consistent with their liquidity risk profile, that they apply the LCR at both the local and international levels, that they follow specific criteria for calculating the LCR (including specific definitions for high quality liquidity assets), that they set up the necessary framework for periodic monitoring, and that they conduct stress tests.
The LCR is part of the requirements introduced in 2010-2011, then in 2013, and with extended implementation through March 31, 2018, by Basel III, also known as the Basel Standards, a voluntary regulatory framework for risk mitigation in the global banking sector.
Moody’s said it expects that Lebanese banks already meet the LCR requirements.

However, Moody’s said that “banks may not be able to quickly convert Lebanese sovereign instruments into cash with little or no loss of value in private markets during a 30-day liquidity stress scenario, as per Basel guidance. This is because there is a limited secondary market for these sovereign securities, although, as a backstop the BDL could discount them for liquidity.

“Therefore, although the LCR requirement will help individual banks adjust their balance sheets against an intrinsic liquidity shortage, a systemic foreign currency liquidity crisis would pressure the BDL’s foreign-currency reserves.”

The Moody’s report added that among rated Lebanese banks, Byblos Bank “is best-positioned to meet foreign currency liquidity outflows without relying on the BDL because of its higher immediate liquidity.”