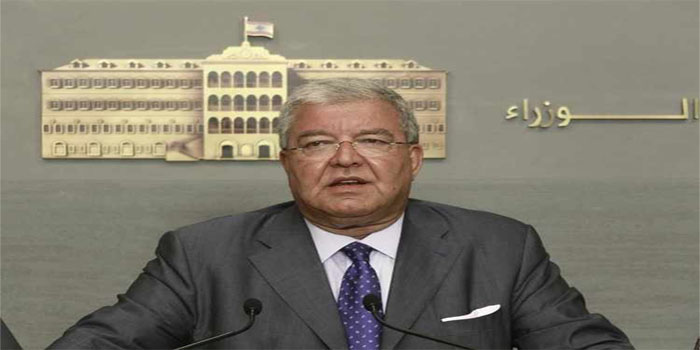 A central operations room will be established at the Interior Ministry during the election period for security agencies to coordinate operations, Interior Minister Nouhad Machnouk said Tuesday.

The room will be operational from April 26, the day before expatriates begin voting, until May 7, the day after the general parliamentary elections are held, Machnouk said, according to the state-run National News Agency.

The Interior Ministry is tasked with overseeing the electoral process.
The central operations room is intended to “coordinate between the various operating rooms belonging to the Lebanese Army, Internal Security Forces, General Security and State Security.”

This enhanced coordination will allow security forces to better keep up with developments on the ground and will facilitate discussion between agencies, the report said.
Separately, in a meeting with U.S. Ambassador to Lebanon Elizabeth Richard, Machnouk said preparations at the ministry for elections were “almost complete” and that the domestic security situation “is stable and under control,” according to a statement from his office.