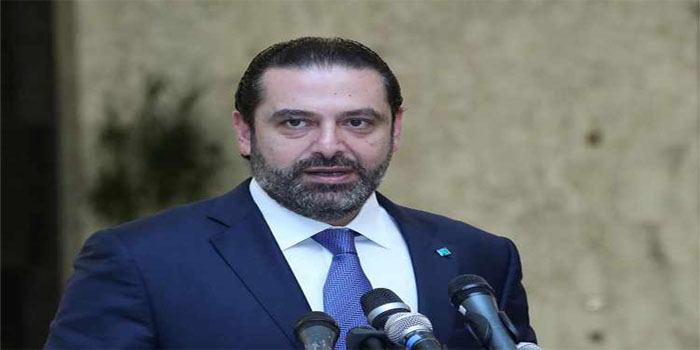 Key parties have jostled over ministries since a legislative vote in May, as officials and foreign donors warned that a delay would aggravate the country’s economic troubles.

Lebanon, which is used to lengthy cabinet negotiations, has one of the world’s highest rates of public debt.

The last government has continued as a caretaker administration since that election, which produced a parliament tilted in favour of the Iran-backed Shi’ite Hezbollah movement.

“I delivered this formula to the president…We held discussions and we will continue them and we’ll see,” Hariri said on Monday after meeting Aoun at the Baabda palace.

The next government, like the last one, is expected to include most major parties within the sectarian power-sharing system.

The IMF wants to see immediate and substantial fiscal adjustment to improve the sustainability of Lebanon’s public debt, which stood at over 150 percent of gross domestic product at the end of 2017.

A Paris donors conference in April yielded pledges of billions, conditional on reform. Lebanese politicians have warned of economic crisis.

The new government will also have to address relations with neighbouring Syria, where President Bashar al-Assad has recovered in the war. His Lebanese allies, led by the heavily armed Hezbollah, want full ties restored.