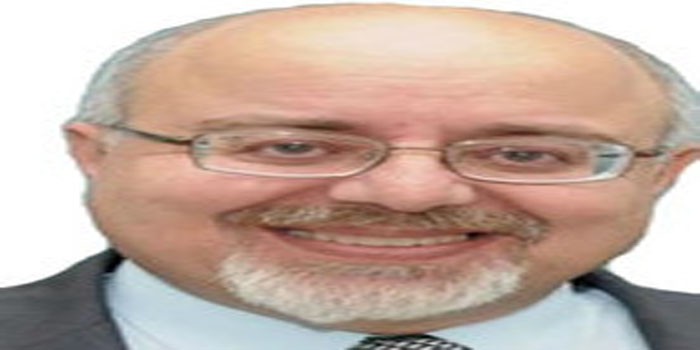 From now until elections day scheduled for next May, the Lebanese have to endure loud diatribes and vocal misrepresentations on TV channels, while concealing the real intentions.

To begin with, an electoral system based on Proportional Representations (PR) is the last thing Lebanon needed, given its tribalism sectarianism and political schizophrenia.

This system is alien in a country where religious sectarianism is now institutionalized, and has permeated parliament as well as all positions of government, be the civilian or military. In fact, the Lebanese have never practiced PR, and even those who pushed for its adoption disagree on its operational details, due to their mutual doubts, illusions and distrust of each other.

The simple fact is that sectarianism in Lebanon is today much worse than it was in 1975 when the Lebanese Civil – Regional War (1975-1990) broke out. Then, at least, there were:

2- Clear-cut issues on which the Lebanese disagreed, such as the future of the political system, and how to deal with the Palestinian guerrilla organizations.

4- The climate of the Cold War which prevented open-ended sectarian wars, whether in the shape of classic armed conflicts or terrorist attacks.

Today, however, Lebanon is living a state of ‘vertical’ divisions where each encapsulates one sect, despite many claims to the contrary; hence, regardless of how vehemently they may deny it, the Lebanese are much more sectarian than they were before their Civil – Regional War. Secular and non-sectarian parties and organizations have all but disappeared, and many became weak and exploited ‘vehicles’ of various intelligence services in the post East-West confrontation.

‘Arab regional order’ has now collapsed in the light of mushrooming ‘failed states’ and horrific Arab setbacks in the face of ‘tri-partite’ ascendancy of Israel, Iran and Turkey.

Last but not least, after the West’s victory in the Cold War, the divided and disintegrating countries of Eastern Europe sought refuge in nationalism – in some cases, under Mafia-rule and outright racism.

Across the former ‘Iron Curtain’ Western leaderships mishandled the ‘New World Order’, and suffered almost the same malady; as winds of ‘Globalization’ brought about by the West’s historic victory created nationalist, racist and isolationist reactions that are re-defining the ‘nation-state’.

As a result, there are no more mechanisms capable of containing conflicts, and no serious and profound approaches to solve them, creating deteriorating hotspots all around the World.

Given the above, come next May, Lebanon will be jumping into the ‘unknown’. It is, since the only sure thing is that the expected ‘elections’ would not reflect clean vote free of fear, pressures and threats.

Some Lebanese chose to ignore the reality of submission to a local ‘disproportionate power’ backed by an even more powerful regional depth, so they claimed the need for ‘stability’ as a justification for accepting the status quo; and now that ‘submission’ has become a price worth paying to insure ‘stability’ the elections scenario will be a foregone conclusion.

A few days ago, I read a brilliant newspaper article written by the press advisor of a prominent Sunni political personality. The article says that Hezbollah, which has pushed for PR while exclusively keeping its military arsenal, is now claiming that it is only seeking – along with its ‘allies’ – one third of the parliamentary seats, which is enough to protect it from being marginalized by others. The truth, however, as the article explains, is that Hezbollah is shrewdly planning for an absolute majority through two sets of ‘allies’… ‘First Class’ and Second Class’!

Hezbollah, the article adds, is keen to spare the major players it seeks to help the ‘unease’ of joining its lists in order to portray them as ‘independent’ within their sectarian communities; thus giving them false credibility. This applies not only to the Free Patriotic Movement (FPM) – founded by current President Michel Aoun, which is actually in some form of alliance with it – but also with the Future Movement of Prime Minister Saad Hariri which claims before its Sunni supporters that is willing to cooperate with every group except Hezbollah!

Indeed, this is precisely the strategy of Hezbollah backed by the Iranian regime, which is orchestrating the political and military actions in Iraq, Syria, Lebanon and Yemen.

In Lebanon, Hezbollah is now so powerful, and its ‘shadow governmental’ network of organizations so sophisticated, that it is more than able to freely maneuver, while most of its political rivals have reached two conclusions:

1- Any direct confrontation is futile.

2- Iranian expansion, even its increasing demographic presence, would have been impossible with tacit international and Israeli acquiescence.

After the ‘July 2006 War’, many Lebanese later realized it was launched by Israel against the ‘Lebanese state’, ‘Lebanese people’ and ‘Lebanese economy’ rather than against Hezbollah, and its political and economic infrastructure. Even today most of Israel’s threats suggest its willingness to “bring back Lebanon – the whole of Lebanon – to the Stone Age”.

Furthermore, the tangible outcome of the 2006 War, which was supposed to keep Hezbollah’s military machine north of the Litani River in South Lebanon, away from the Israeli borders, was actually giving Hezbollah a free rein inside Lebanon since 2008 and inside Syria too since 2011.

This background is a must to understand the recent conflict between President Aoun’s FPM and Amal Movement led by Parliament Speaker Nabih Berri, which has taken extreme religious overtones, and reached an unprecedented level of post-1990 agitation.

It is also a must to comprehend why Hezbollah has, so far. decided not to be directly embroiled; bringing back the historical quote of Abbasid Caliph Harun Al-Rasheed who looked at a winter cloud and said: “wherever you go, your rain will still fall on my vast realm”.

A third useful angle in reading Hezbollah’s ‘silence’ – if not concealed smiles – is how the spokespeople of the Future Movement continue to express their willingness to go into electoral alliances with everybody except Hezbollah!.

The fact is, however, that Hezbollah is quite aware that PR negated the need for traditional electoral alliances the Lebanese have grown accustomed to. Actually, the only ‘real alliance’ it wants from the Future Movement is merely co-operation under the pretext of ‘stability’ after retaining its strong Sunni electoral mandate.

In other words, Hezbollah’s core interest is in Aoun emerging as the strongest Christian representative, and Hariri as the stronger Sunni representative as long as both men – and their political vehicles – remain part and parcel of its definition of ‘stability’.