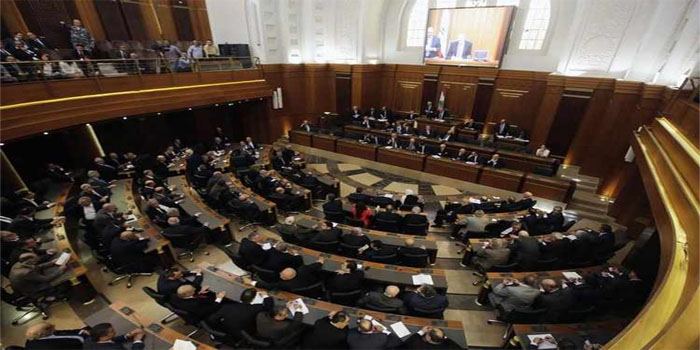 Cabinet will send the 2018 draft state budget to Parliament next week for final ratification ahead of parliamentary elections and international donor conferences in support of Lebanon, Speaker Nabih Berri said Wednesday. “The Cabinet is poised to endorse the 2018 budget and refer it to Parliament next week where Parliament will do its best to ratify it ahead of parliamentary elections,” an MP quoted Berri as saying during his weekly meeting with lawmakers at his Ain al-Tineh residence.

Local media reported that Prime Minister Saad Hariri had called Berri to inform him that the Cabinet would refer the draft budget to Parliament within five days.

Berri, according to MPs, underlined the importance of passing the 2018 budget, “especially for the economy, development and the Paris and Rome conferences.”
The speaker again highlighted the “importance of boosting efforts to benefit” from Lebanon’s potential offshore oil and gas wealth despite Israel’s threats over a disputed maritime border area in the south.

“It is essential to maintain security and stability in the country because stability constitutes a basic factor for investment,” Berri said.
Commenting on the record number of nearly 1,000 candidates who have registered to stand in Lebanon’s first legislative elections in nine years, Berri said: “This number is attributed to several reasons, including the new proportional vote law and stirring confessional and sectarian nerves as a result of the preferential vote.”

Berri regretted that 41 lawmakers who, he said, played an “important role in Parliament,” had decided to bow out of the parliamentary elections, set for May 6.

“The next Parliament must seriously play its role in monitoring and accountability to fight corruption and help in enhancing the reform process in the country,” he said.

Of the 999 candidates registered with the Interior Ministry by Tuesday midnight, the deadline to register for the parliamentary elections, there were 111 women, a record number compared with the previous legislative elections in 2009 when just 12 women were among 706 candidates.The 2018 draft budget figured high during a Cabinet session Wednesday with President Michel Aoun calling for the fiscal plan to be wrapped up quickly and Hariri saying that a special Cabinet meeting would be held next week to approve it and send it to Parliament for final ratification.

In talking about the 2018 draft budget, Aoun underlined the need to “finalize the draft as soon as possible after the ministerial committee finishes its deliberations and agree on the budget figures,” Information Minister Melhem Riachi said after the meeting chaired by Aoun at Baabda Palace.

Referring to a new vote law based proportional representation under which elections will be conducted for the first time, Aoun said: “Essential preparations to conduct these elections have been finalized so that they can be held on time.”

Hariri said he will chair yet another meeting Thursday of a nine-member ministerial committee tasked with studying the provisions of the 2018 draft state budget. The committee has been meeting over the past two weeks in an attempt to wrap up the draft budget in time for a final endorsement by the Cabinet and Parliament ahead of parliamentary elections and donor conferences in support of Lebanon

In its meeting Thursday, the committee will make a final reading of the amendments introduced to the draft budget, Hariri said, according to Riachi.

“Since the political parties participating in the Cabinet are also represented in the committee, I think it will be easy to quickly present the [ministers’] observations and agree on them whereby the draft budget will be presented to the Cabinet this week or at the beginning of next week at the latest,” Hariri added.

Hariri and other leaders have stressed that the passing of the 2018 budget and implementation of long-awaited economic reforms are essential in advance of the donor international conferences aimed at supporting Lebanon.

Hariri also briefed the Cabinet on the results of his visit to Saudi Arabia last week, describing it as “very positive.” He said the kingdom will participate in the upcoming conferences in Rome, Paris and Brussels in support of Lebanon. Hariri said his talks with Saudi King Salman bin Abdul-Aziz and Crown Prince Mohammad bin Salman focused on the “importance of stability in Lebanon and the region, as well as the dissociation policy adopted by the government.”

“The government, which is committed to the dissociation [from regional conflicts], has taken a series of decisions in conformity with this policy,” Hariri said. Hariri said Tuesday the government hopes to raise billions of dollars in soft loans and grants at the CEDRE conference in Paris to rehabilitate Lebanon’s aging infrastructure.

The Rome II conference designed to rally support for the Lebanese Army and security forces is set for March 15 in Italy. The CEDRE conference, also known as Paris IV, set for April 6, is aimed at garnering international support to bolster Lebanon’s ailing economy. A third international conference, set to be held in Brussels later in the spring, will focus on support for Syrian refugees in the region.

With 62 items on its agenda, the Cabinet approved the Interior Ministry’s request to extend Lebanon’s military and security agencies’ access to the country’s telecommunications data for four months, Riachi said. He added that it also approved a request from the Foreign Ministry to allocate LL1.899 billion to cover the expenses of parliamentary elections abroad for more than 90,000 Lebanese expatriates who have registered to vote. However, ministers of the Change and Reform bloc rejected a proposal by the education minister to appoint 207 high school teachers, arguing the proposal did not respect sectarian balance in the appointment, a source in the bloc said.