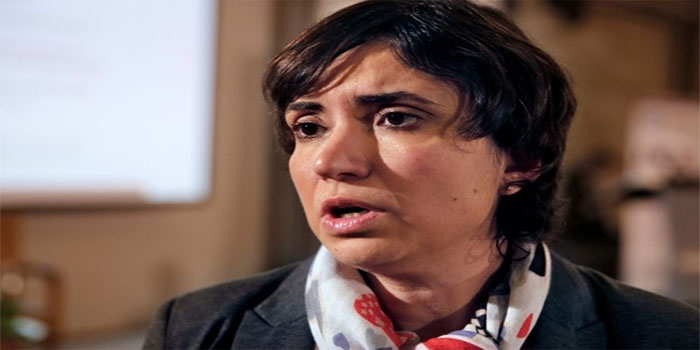 Lebanon is campaigning to get at least five times more women elected to Parliament this spring in its first vote in nearly 10 years, the country’s first women’s affairs minister says. It is a daunting task for a Middle Eastern country that may otherwise look like one of the most liberal in the region.

Despite a relatively free press, diverse religious groups and women in prominent positions in the business world and the media, Lebanon ranks surprisingly low when it comes to female representation in politics, and politicians have failed to act on a movement to institute a quota for women in Parliament.

“Keeping women from public life is not only a loss for women. It is a loss for the Parliament,” Minister of State for Women’s Affairs Jean Ogasapian told the Associated Press. “The main obstacles are mentality, a philosophy of life, and this needs time,” he said.

There are only four women in the outgoing Parliament elected in 2009, a flimsy 3 percent of its 128 lawmakers. It was a drop from 2005, when six women were elected. Since 2004, there have been one or at most two posts for women in government.

Compared to other countries in the region, Lebanon ranks as one of the lowest in terms of female representation in Parliament, with only Oman, Kuwait and Yemen having fewer. Oman and Kuwait have one and two women representatives respectively. War-torn Yemen has none and is currently without a functioning Parliament.

Even in ultraconservative Saudi Arabia, the monarch appointed 30 women to the consultative Shura Council, giving them nearly 20 percent of the seats.

“In politics, there seems to be some kind of invisible barrier for women to really break through,” Christina Lassen, European Union ambassador to Lebanon, told the Associated Press at a conference held last week to promote women’s representation.

Three months before the vote, the Women’s Affairs Ministry in collaboration with the United Nations and the EU launched a campaign to boost women’s numbers in the elections, with the slogan: “Half the society, half the Parliament.”

Billboards went up in several Beirut districts. Programs on local TV stations about women in politics are airing weekly and local groups say they are training women candidates on public speaking.

Ogasapian said last year’s decision to appoint a man to the newly created portfolio was meant to send a message that it is also “a man’s duty” to fight for women’s rights.

Holding parliamentary elections in Lebanon is a feat in itself. Scheduled for May, these are the first elections in the country since 2009. Previous votes were delayed amid instability and haggling over a new election law.

Seats in the Lebanese Parliament are allotted according to sects, with each community distributing them according to region and strongholds. In this complex confessional-based political system, adding a women’s quota was too complicated for some to contemplate, said Nora Mourad, a gender researcher with the United Nations Development Program.

Last year, politicians refused to even discuss a female quota in the new law. Members of the powerful Shiite group Hezbollah walked out before the discussion began.

“We are against a quota. We are against imposing conditions from the outside on our policies and roles and work,” said Rima Fakhry, a politician from the conservative Shiite group. “The women[’s] movement considers that women should reach decision-making positions. For them it is in Parliament. We differ with those movements.”

Although Fakhry herself is a senior member of the political bureau of Hezbollah, she told the audience at the conference that her group doesn’t see the role of a lawmaker as befitting for a woman in Lebanon.

Her group won’t nominate women to run for office.

“For us, the woman is a woman. She must work to realize the main goals she exists for. These are not different from those of men. But the difference is in the details,” she said.

“She has a home. She is a mother and must bring up generations. This takes a lot of the woman’s time.”

Even though Lebanon’s Civil War ended 28 years ago, its politics are still dominated by former warlords and family dynasties, and elections are often settled behind closed doors.

Most women in politics have their posts because they are related to influential male politicians. Of the four women currently in Parliament, one is the aunt of the current prime minister, another is the wife of a party leader, and the other two are the daughters of an assassinated media figure and a former minister.

Still, Ogasapian said he expects at least 20 women to make it into Parliament and dozens more to run.

The new law introduced a complicated proportional representation system that would preserve the sectarian nature of the Parliament. But some argue it will offer women and independents a better chance.

Local groups, along with the U.N. and EU, are encouraging political parties to have a voluntary quota for women on their lists.

Women’s groups are contemplating all-women lists as well as a campaign of “No woman, no vote” to pressure political parties to include women on their lists.

In Wednesday’s conference, representatives from the political parties said internal deliberations are ongoing. One senior member of the Future Movement party said he will recommend 20 percent women’s representation. Another, from the Progressive Socialist Party, said it has commissioned a review of internal literature to ensure women’s issues and requests are reflected.

Victoria al-Khoury Zwein, a potential candidate with a new party called Sabaa, or seven, said she’s skeptical that veteran parties would give women a winning chance.

But she said with proportional representation, she’s optimistic she needs fewer votes to make it.

“There must be 15 percent of the population who want a new political class,” she said. “It is not an easy battle. But we can [do it].”