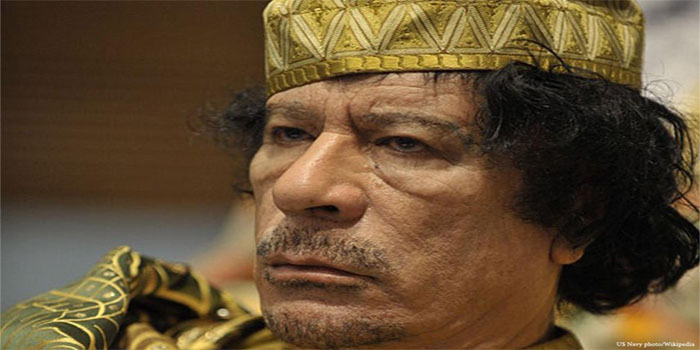 The Lebanese judiciary issued a decision yesterday banning Hannibal Gaddafi, the son of the late Libyan president Muammar Gaddafi, from leaving Lebanon for one year over investigations into allegations involving forming gangs, abduction, and attempted murder, according to the state-run National News Agency (NNA).

A judicial source said that a citizen named Dr Hussein Hbeish filed a case against Qaddafi, NNA added.
Dr Hbeish was abducted in Libya by gangs affiliated with Gaddafi after the latter’s arrest in Lebanon. The kidnappers then demanded that the Lebanese government exchange Hannibal Gaddafi with Dr Hbeish, but the latter managed to escape from his captors and return to Lebanon.

The investigative judge in Beirut Rita Ghantous who issued the banning decision, also issued a memo to the Lebanese General Security to implement the decision and to act on its content.

NNA noted that Gaddafi is in custody in line with an arrest warrant that was issued against him in the case of missing Imam Moussa Sadr. He is also serving an 18-month prison sentence for defaming the judiciary, as ruled by a Lebanese court.