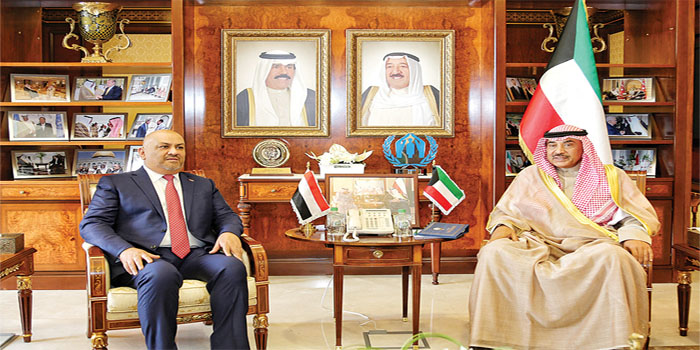 During the meeting, Sheikh Sabah Al-Khaled renewed Kuwait’s unwavering stance and support for the Yemen. For his part, minister Al-Yamani expressed his deep appreciation for Kuwait’s diplomatic efforts and its major humanitarian role in various parts of the globe. Al-Yamani has expressed admiration of the State Kuwait support for his people at the official and popular levels. Senior ministry officials also attended the meeting.