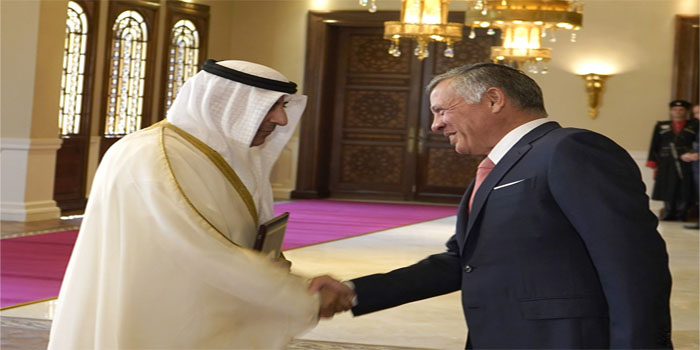 His Majesty King Abdullah II received at the Basman Palace on Sunday, the credentials of six newly appointed ambassadors to the Kingdom.

The diplomats laid wreaths on the tombs of King Hussein, King Abdullah I, and King Talal.

The Royal Court chief and the minister of foreign affairs and expatriates attended the ceremony.