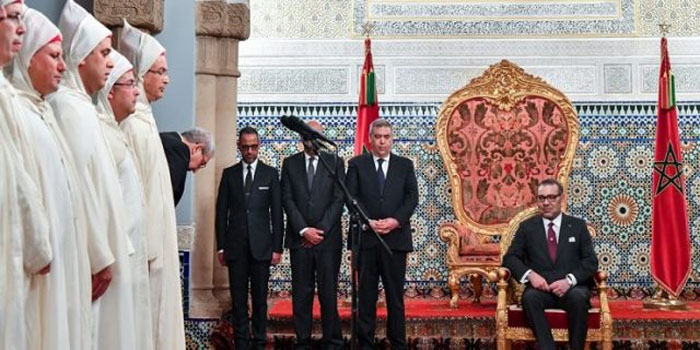 King Mohammed VI received several newly appointed walis, including one woman, at the royal palace of Rabat on Monday night.

The list of the walis includes Mohamed Yacoubi, wali of the Rabat-Sale-Kenitra region at the prefecture of Rabat, Said Ahmidouch, wali of the Casablanca-Settat.

The King also received the wali of the Tangier-Tetouan-Al Hoceima region; and the Abdesekal Bekrate, the Wali of the Laayoune Sakia El Hamra region.During the reception ceremony, the monarch received Bouchaab Yahdiih the wali of the Draa-Tafilalet region and Khatib El Hebil, the wali of the Beni Mellal-Khenifra region.

The full list of the wallis is as follows:

The King also received Hassan Mzerma, governor attached to the central administration of the Ministry of Interior. .

The newly appointed wallis swore an oath before King Mohammed VI during the audience, vowing to diligently carry out their duties.