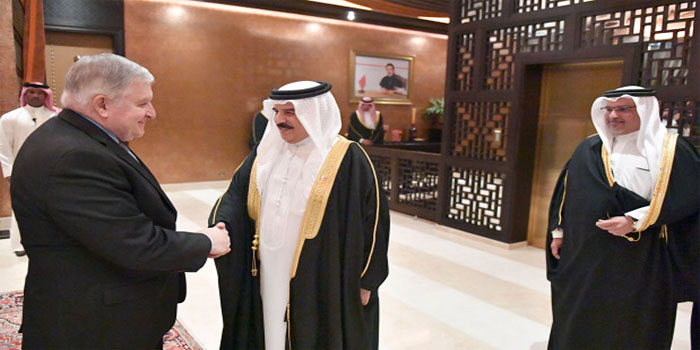 He hailed the historic relations as he received at Sakhir Palace, in the presence of His Royal Highness Prince Salman bin Hamad Al Khalifa, Crown Prince, Deputy Supreme Commander and First Deputy Premier, retired US General Anthony Zinni and Deputy Assistant Secretary of State for Arabian Gulf Affairs in the Near East Bureau Tim Lenderking, marking their visit to Bahrain as part of a regional tour.

The King reviewed with them deep-rooted bilateral ties.

He also affirmed Bahrain’s unwavering support to regional and international endeavours and the establishment of mechanisms for joint co-operation between the US and countries in the region.