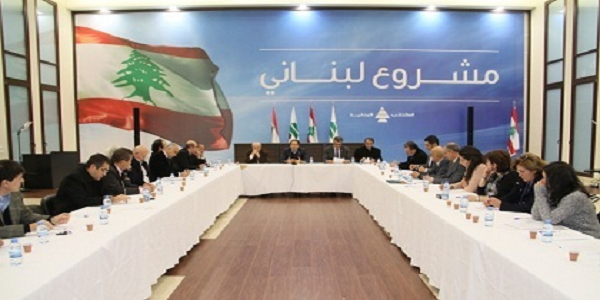 The Kataeb Party on Monday accused some parties of seeking to impose a “sole presidential candidate” on the country.

Kataeb “condemns some parties’ attempt to practice subjugation and confine the presidential elections to voting to a sole candidate out of the others,” said the party in a statement issued after its political bureau’s weekly meeting.

It warned that “this behavior prolongs the vacuum indefinitely and undermines the principle of democracy that has distinguished Lebanon from its neighborhood since the pre-independence era.”

Kataeb’s statement comes three days after Hizbullah chief Sayyed Hassan Nasrallah noted that the party and the Change and Reform bloc would only attend a voting session in which the election of bloc chief MP Michel Aoun is guaranteed.

Hizbullah would head to parliament “tomorrow” if it guarantees that Aoun would be elected president — even without any so-called “package settlement,” said Nasrallah on Friday.

Lebanon has been without a president since May 2014 when the term of Michel Suleiman ended without the election of successor. The blocs of Aoun and Hizbullah and some of their allies have been boycotting the electoral sessions.

Lebanese Forces leader Samir Geagea, Hariri’s ally in the March 14 camp, was a presidential candidate at the time and some observers have said that the LF leader has recently nominated Aoun for the presidency as a “reaction” to Hariri’s proposal, a claim Geagea has denied.