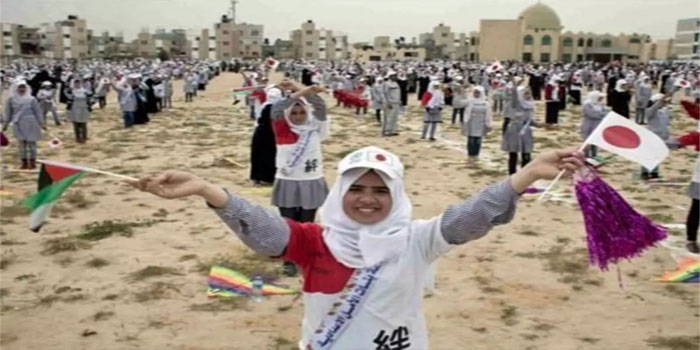 Japan has announced plans to provide $5.4 million in emergency assistance to the United Nations Relief and Works Agency for Palestine Refugees (UNRWA), amid growing concerns about the agency’s financial crisis.

Japan has long been considered a valued donor to UNRWA. Since 1973, Japan has been a member of the UNRWA Advisory Commission, which advises and assists the UNRWA Commissioner-General in carrying out the agency’s mandate. In 2017, Japan contributed a total of $43.3 million in aid.
The new funds pledged will immediately be utilised to provide food aid to about one million Palestinians in the besieged Gaza Strip.

UNRWA has been suffering from a severe budget deficit that may endanger the start of the upcoming school year. The situation has been exacerbated by America’s freeze on aid to Palestine since the start of 2018, when President Donald Trump’s administration declared an internal review of its policy. The president also announced that $65 million would be withheld from UNRWA, the UN body that provides education, healthcare and social services to Palestinians in the West Bank, Gaza and occupied East Jerusalem, as well as those Palestinians living in neighbouring Lebanon, Jordan and Syria.
In the wake of cuts to UNRWA funding, the body has been forced to dismiss 13 per cent of its emergency programme workers in the besieged Gaza Strip and move 57 per cent on to part-time contracts. A further 1,000 employees working in emergency programmes are threatened with dismissal. Last week, UNWRA staff in the besieged Gaza Strip protested the move outside the organisation’s headquarters, with deputy head of the UNRWA Staff Union, Amal Al-Batsh, saying that “we came today to tell UNRWA that its harsh measures against the employees working in the emergency programme are unacceptable”.