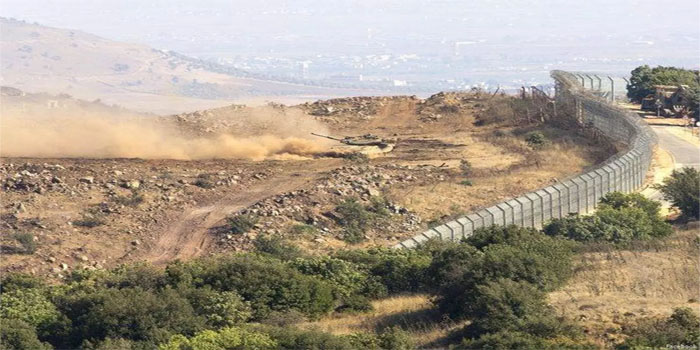 After Donald Trump’s recognition of the illegal Israeli annexation of Jerusalem by moving his country’s embassy to the city, the next prize that some in American and Israeli political echelons want him to hand to Israel seems to be a chunk of Syria. Senator Ted Cruz – the religious extremist who was Trump’s closest opponent in the Republican primaries – pushed forward efforts in the US Congress this month which could lead to formal recognition of the illegally-occupied Syrian Golan Heights as Israeli territory.

The Golan Heights is a region of south-west Syria which has mostly been under illegal Israeli occupation for 51 years. In 1967, at the same time that Israel brutally invaded and occupied the remaining parts of Palestine — the West Bank and Gaza Strip — it also invaded Egypt’s Sinai Peninsula and Syria’s Golan Heights.

The Sinai was returned to Egypt after the 1973 October War and the subsequent Camp David Accords signed in 1978 and brokered by US President Jimmy Carter. The Golan, though, remains under Israeli occupation. Just as it did in its initial occupation of Palestinian land in 1948, Israel carried out a process of ethnic cleansing of the local Syrian population.

More than 125,000 Syrian citizens were either forcibly expelled or compelled to flee by the threat of expulsion or war; they made up the majority of the population. Israel then proceeded to bulldoze and dynamite more than 340 villages – effectively wiping part of Syria off the map – and built Jews-only settlements on the ruins. In more recent years, under cover of the war in Syria, Israel has been intervening on the side of some of the most brutal extremist groups in order to shore up and expand its occupation of the Golan Heights.
Ted Cruz’s initiative would send funds to US projects in the Israeli-occupied section of the Golan and expand US trade agreements with Israel to apply there too. This would allow products made in illegal settlements to be sold in the US while labelling them misleadingly as being “Made in Israel”.

The initiative also calls for sending congressional delegations to the Golan, and for the drafting of documents which would formally recognise the Golan as part of “Israel”. The self-styled “Jewish state” itself formally annexed the Golan Heights back in 1981; the annexation remains illegal under international law, as are the settlements.

While supporters of Cruz’s initiative argue that they are merely recognising the “facts on the ground”, echoing longstanding Israeli propaganda themes, for now it looks as if this plan and another like it have been shelved. It seems that such a move coming so soon after the recognition of Jerusalem as Israel’s “undivided capital” was too much even for such an extremist as David Friedman, Trump’s settler-funding ambassador in his new embassy. Freidman is reported to have said that the backing of Israeli lawmakers (such as Intelligence Minister Israel Katz) for a Congressional move to recognise the annexation of the Golan amounted to “ingratitude” in the wake of the embassy move.