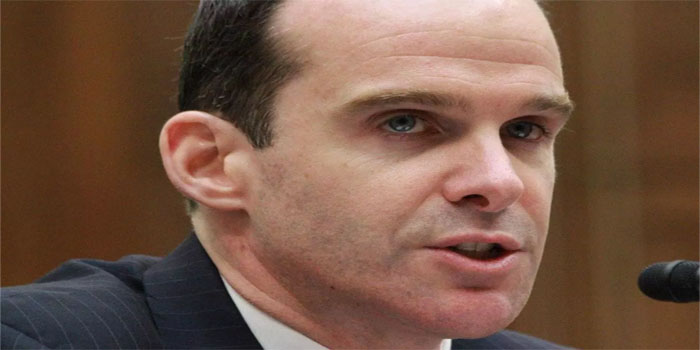 The Special Presidential Envoy for the Global Coalition to Counter Daesh, Brett H. McGurk, has started, Tuesday, a round of talks with Iraqi leaders to accelerate the formation of the new government.

Talks come days before the first session of the new parliament which is scheduled for September 3, during which a president and two vice presidents will be elected.

A source in the Iraqi Foreign Ministry, who asked not to be named because he is not authorised to issue statements to the media, told Anadolu that McGurk arrived in Iraq on an official visit aimed at “urging the political blocs to accelerate the formation of the government,” without further specifying the visit’s duration.

On Tuesday, Trump’s Envoy held a meeting with Osama Al-Nujaifi, the current Vice President of the Republic, and a candidate for the Sunni National Axis Alliance to head the new parliament.

In a statement, of which Anadolu obtained a copy, the office of Al-Nujaifi said that the meeting, which was also attended by US Ambassador to Baghdad Douglas Silliman, discussed “political developments and the nature of the ongoing discussions between the political blocs to form the largest bloc.”

The statement added that Al-Nujaifi stressed the importance of the government program as well as the need to work hard to solve the problems and provide advanced services to the people.

He explained that the National Axis Alliance is only one-step behind all the blocs, and is effectively working to reach an agreed-upon program that could achieve rapid advancement.
He pointed out that “meetings with the Kurdish side and Prime Minister Haider Al-Abadi had positive results, which will consolidate the spirit of understanding and cooperative work,” according to the statement.

The results of the parliamentary elections, which took place on 12 May, have been declared final after the Federal Court approved them on 19 August.

Any alliance will need the majority of MPs to pass the government formation, which means 165 votes out of a minimum of 329.

Two Shiite currents are racing to form the large alliance known as the “most numerous bloc” to form the next government. The first is led by “Alliance towards Reforms” (Saairun) backed by the leader of the Sadrist Movement, Muqtada Al-Sadr, who won first place with 54 seats, and the “Victory Alliance” led by Haider Al-Abadi, who won the third place with 42 seats.

The second current is led by Fatah Alliance, which includes political members of the Popular Mobilisation Forces led by Hadi Al-Amiri, who won the second place with 48 seats, and the State of Law Coalition led by Vice President Nouri Al-Maliki, who won the fourth place with 26 seats.

The winning blocs have 90 days starting from the date of election results’ ratification by the Federal Court to form a new government.