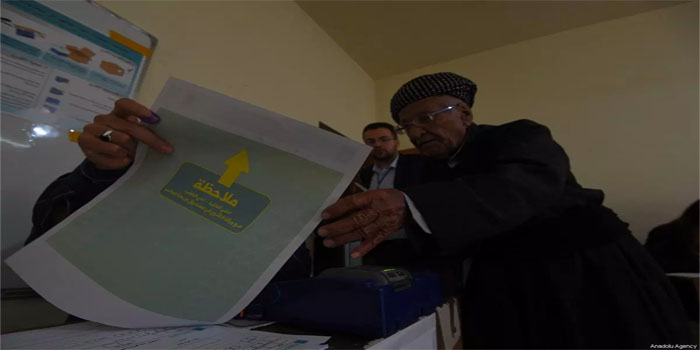 Iraq’s election commission ignored an anti-corruption body’s warnings about the credibility of electronic vote-counting machines used in May’s parliamentary election, according to investigators and a document seen by Reuters.

The devices, provided by South Korean company Miru Systems under a deal with the Independent High Elections Commission (IHEC), are at the heart of fraud allegations that led to a manual recount in some areas after the May 12 election.

The results of the recount have not yet been announced and political leaders are still trying to form a government.

Concerns about the election count centre on discrepancies in the tallying of votes by the voting machines, mainly in the Kurdish province of Sulaimaniya and the ethnically-mixed province of Kirkuk, and suggestions that the devices could have been tampered with or hacked into to skew the result.

Iraq’s Board of Supreme Audit (BSA) expressed reservations about the vote-counting system in a report it sent to the IHEC on May 9, three days before the election.

The BSA said in the report, seen by Reuters, that the IHEC had not responded to 11 concerns it had raised – including over contractual procedures, the inspection of company documents and a failure to properly examine the devices for any flaws.

“Hereby, we found that ignoring and not responding to the report’s findings is considered a clear legal violation contributed to the passage of the electronic vote counting devices despite its unsuitability and easiness of being tampered,” the BSA said in the report.

The report also referred to a letter from the Iraqi embassy in South Korea saying Miru Systems had assembled but not manufactured the equipment sent to Baghdad, and suggesting the price tag should have been lower.

The IHEC’s failure to act on the report’s findings could fuel calls for the election to be rerun, a concern for populist cleric Moqtada al-Sadr, leader of the political bloc that won on May 12.

A Miru official who spoke on condition of anonymity dismissed the assertion in the letter, saying the company had manufactured the equipment. He also said the “equipment does not lie” and that he and five other Miru employees had travelled to Iraq to examine the machines and found no evidence of hacking.

“We have checked our election device provided to Iraq after the fraud allegation erupted, and found out that there has been no malfunction in the device nor its system,” he said.

“We have already submitted the report to Iraq’s national election commission after making a thorough check on the device.”