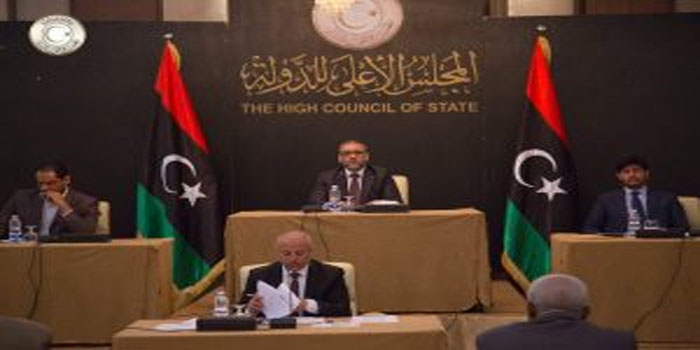 The HSC agreed to the main thrust of the HoR’s proposal that the PC be reduced to only three members consisting of a head with two deputies.

However, the HSC amendments concerned the details of how the three PC members are selected.

The HSC wants the selection of the three PC members to be done by an absolute majority vote by both the HCS and the HoR.

It also wants both bodies to choose three members representing Libya’s three historical regions before being voted on by an absolute majority.

The three winners of this vote would then themselves choose a head of the PC.

They would then, after a week, choose a separate prime minister from outside the PC. Currently, Faiez Serraj hold both positions of head of the PC and Prime Minister.

The HSC also insisted that the HoR include the 2015 Skhirat Libyan Political Agreement (LPA) within the Libya’s current operating temporary constitution, the 2011 Transitional Constitutional Declaration.

It will be recalled that the HoR whilst recognizing the LPA and PC in principle, have refused to approve Serraj’s Government of National Accord.

They claim that Tripoli has failed to implement other sections of the LPA such as the disbanding of militias and removal of their weapons from urban centres, and the creation of a unified regular army.