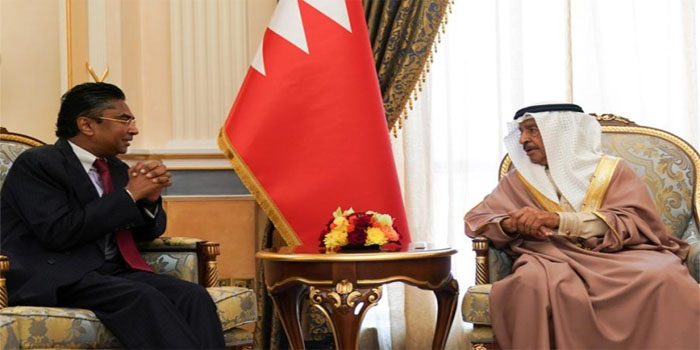 HRH the Premier praised the efforts of the Sri Lankan ambassador to bolster relations between the two friendly countries, wishing the ambassador success in his future duties.

The Sri Lankan ambassador thanked HRH the Premier for the support accorded to him during his tenure in Bahrain, expressing appreciation of the care and respect given to the Sri Lankan community and wishing Bahrain further growth and prosperity.