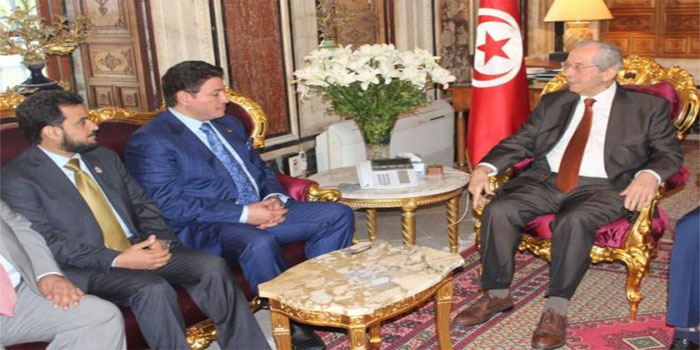 Speaker of the House of People’s Representatives (HPR), Mohamed Ennaceur, received Tuesday in Bardo a delegation of the Kuwait-Tunisia

According to HPR statement, the meeting emphasised the importance of the role of the HPR and the Kuwait Nation Council in boosting cooperation and partnership relations between the governments of both countries.

The meeting also examined the evolution of Tunisian-Kuwaiti relations and means to strengthen them in all areas.