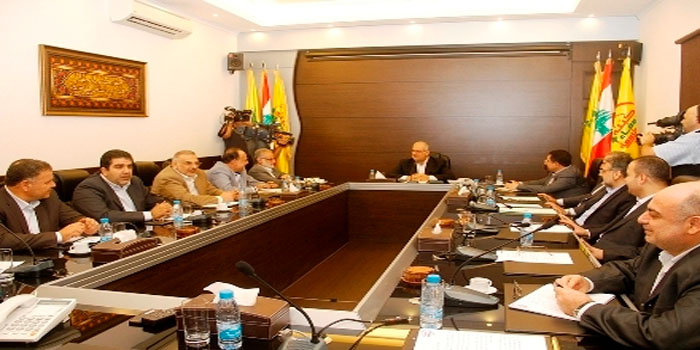 Hizbullah’s Loyalty to Resistance parliamentary bloc noted Thursday that the rapid military developments in Syria and Iraq can “reflect positively” on Lebanon.

“The rapid military developments in Syria and Iraq indicate a major decline for the terrorist takfiri scheme and its groups,” said the bloc in a statement issued after its weekly meeting.

“These developments can reflect positively on Lebanon should its government deal correctly and objectively with the positive impact of these developments, especially in terms of besieging and pursuing the terrorists or addressing the Syrian refugee file,” Loyalty to Resistance added.

Hizbullah has sent thousands of fighters into Syria and its military assistance has shored up President Bashar al-Assad’s regime against an Islamist-led uprising. The party has so far lost more than a thousand fighters in the Syrian conflict according to monitors and news agencies.

The Iran-backed party has also sent advisers to Iraq to help the country’s forces in the fight against the jihadist Islamic State group.