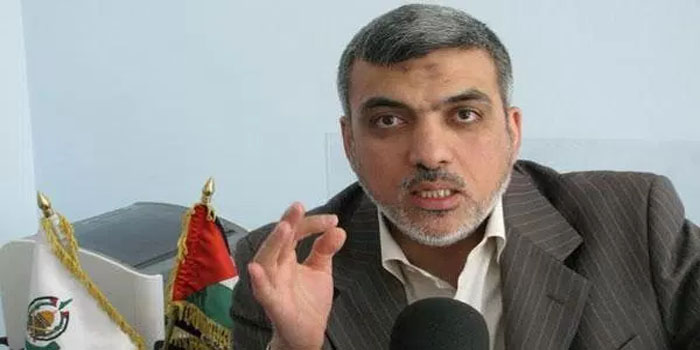 The Palestinian Islamic Resistance Movement, Hamas, thanked Lebanese security officials on Wednesday for revealing the role of Israeli Mossad assassins in the attempted murder of one of its senior members, Quds Press has reported.

A Hamas delegation led by Political Bureau member Izzat Al-Reshiq also hailed the Lebanese efforts to trace the “Zionist collaborators” during a visit to the Interior Security Agency in Beirut. The group was met by senior Lebanese security officials, including Brigadier General Imad Othman, the Director General of the Agency.

“The failed attempt to assassinate Mohamed Hamdan is a strong slap in the face of the Zionist enemy and its collaborators, who thought that their crime would have passed without punishment,” said Al-Reshiq. He noted that the car bomb attack in Sidon threatened the security and stability of Lebanon. “This is a violation of UN Security Council Resolution 1701.”
The Hamas official renewed his movement’s commitment to and support for the unity of Lebanon, as well as its stability.

Mohamed Baytiyeh, an Israeli spy who took part in the assassination attempt, is in Lebanese custody. The participation of two Israeli Mossad officers was reported earlier this week.