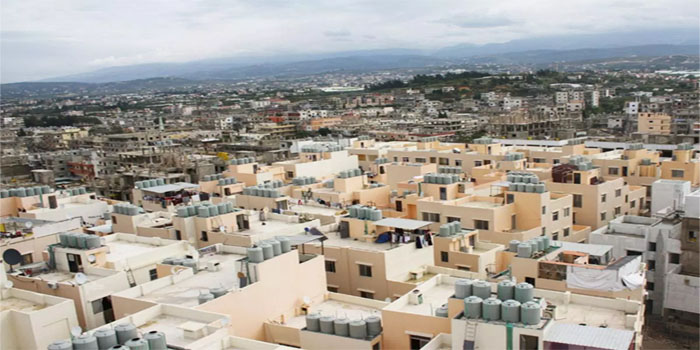 Sixty-one Palestinian families in the refugee camp of Nahr Al-Bared received 97 homes and 35 shops yesterday which were funded by Germany, the Safa news agency reported.

The handover of homes and shops took place in a ceremony that was attended by the German Ambassador to Lebanon, Martin Hooth.

Addressing the attendants, Hooth said that Germany funded the rebuilding of the refugee camp to improve the housing and economic situation, stressing that the needs of the Palestinian refugees have not been forgotten.
The Lebanese army completely destroyed the Palestinian refugee camp in 2007 during clashes with an armed group known as Fatah Al-Islam. Refugees in the camp were further displaced as a result.

Approximately 30,000 Palestinian refugees live in the camp which is 16 kilometres north of Tripoli. The camp was established by the International Committee of the Red Cross in 1949 to afford temporary residence for the Palestinian refugees who were displaced from Al-Hilwa Lake in the north of Palestine following the establishment of the state of Israel.