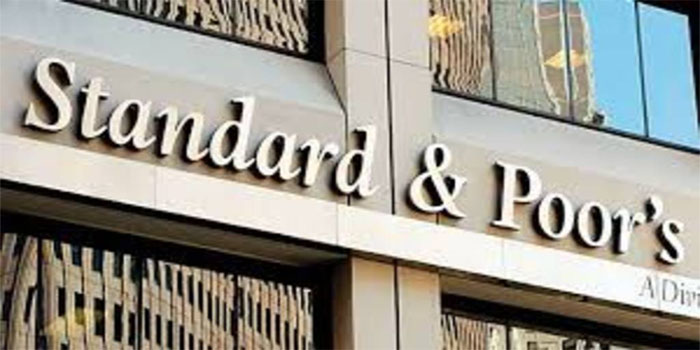 Standard & Poor’s reported that GCC countries are among the 22 sovereigns with liquid assets exceeding 25% of gross domestic product (GDP).

Three countries of the GCC have liquid assets worth as much as 100% of GDP, according to S&P global ratings’ report titled “Government Liquid Assets And Sovereign Ratings: Size Matters” issued on Monday.

Hydrocarbon producers such as Kuwait, UAE and Qatar are among the seven sovereigns whose assets exceed 100% of GDP with a total amount of $3 trillion.

“In our opinion, when a stock of government assets is that large, a sufficient portion will very likely be available for use in combatting the effects of pronounced economic cycles, without materially impairing the sovereign’s balance sheet,” the report highlighted.

“We believe that the sovereign will be able to utilize a significant portion of its assets in the event of financial distress to support its creditworthiness,” the report found.

The rating agency remained Kuwait and Abu Dhabi rating stable at “AA” throughout the recent slump in oil prices, underlining the rating stability provided by having large liquid assets, according to the report.

On the other hand, the slippage in oil prices adversely affected Bahrain, Oman, and Saudi Arabia, along with their stock of liquid assets is below 100% of GDP, the US financial services firm noted.

“We estimate that the nominal value of overall GCC government liquid assets fell by roughly $90 billion in 2015, although Kuwait, Abu Dhabi, Qatar and, at that time, Saudi Arabia’s liquid-assets-to-GDP ratios stayed well above 100%,” the report highlighted.

The decline in liquid assets was mainly because governments used them to finance fiscal deficits caused by the drop in oil prices.