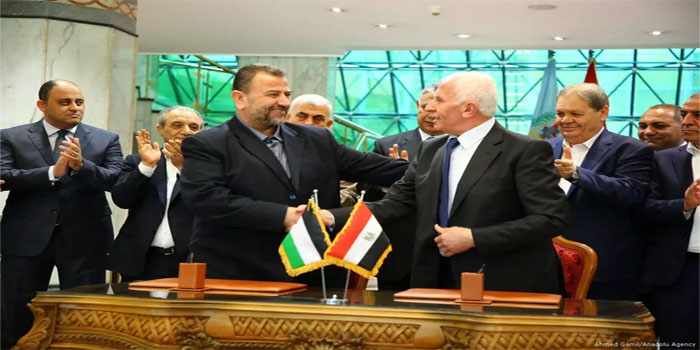 The Palestinian Authority will do everything it can to undermine the Egypt-backed reconciliation agreement for Palestinian factions because the deal would mean elections would have to be held and these would undermine President Mahmoud Abbas’ power, a senior Fatah official has said.

In an interview with an Egyptian newspaper, Ayman Al-Reqib said Fatah should respect rival factions and not seek to “dismantle” them and they represent a “large portion” of Palestinian society.

The Fatah official said that the Egyptian proposal laid down “direct solutions for the differences and reached agreements which were not sorted out in October’s deal,” including the recruitment of employees by Hamas and how to deal with them.
However, he said: “I think that Fatah will reject this proposal.”

Al-Reqib insisted that Abbas would look for “flaws” in the proposal in order to distance himself from it in spite of the fact there was hope.

He said that Hamas represents ten per cent of the Palestinians in Gaza and “we have to respect this, not git rid or dismantle it,” urging the PA to look for partnership with Hamas.