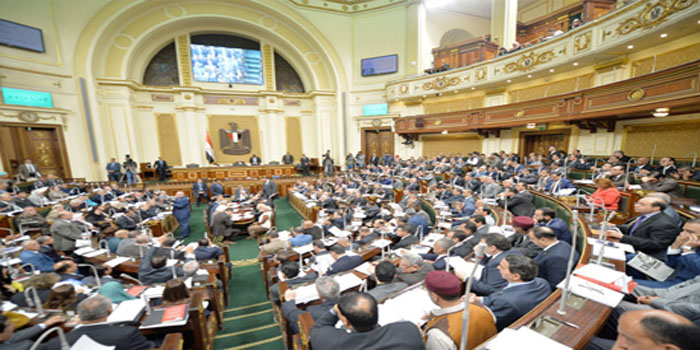 Having secured a second term with 97 per cent of the votes in the 2018 presidential elections, President Abdel-Fattah Al-Sisi is scheduled to be sworn in for a second term before parliament on Saturday.

Parliamentary Spokesman Salah Hassaballah told reporters that the swearing in ceremony will be held on 2 June. “Intensive contacts between the president’s office and parliament’s secretariat-general are underway to conclude final preparations for the ceremony,” he said.

Kamel Al-Wazir, head of the army’s Engineering Division, and Ahmed Saadeddin, the House of Representatives’ secretary-secretary, reviewed renovation work at parliament’s main buildings, including the plenary meeting hall in which Al-Sisi will take the oath, ahead of the swearing-in ceremony.

In 2014, with no parliament in place, Al-Sisi was sworn in before the Supreme Constitutional Court (SCC). The oath he took then, as now, is stipulated in Article 144 of the constitution: “I swear by the Almighty God to loyally uphold the republican system, respect the constitution and the law, fully observe the interests of the People and to safeguard the independence of the nation and the integrity and safety of its territories.”

Al-Sisi will deliver an address following the swearing-in ceremony.

“We expect the speech to tackle the war against terrorism in North Sinai, Ethiopia’s Renaissance Dam and its impact on Egypt’s quota of Nile water and relations with Sudan and the Arab world,” said Abed.

In terms of local issues, he predicts the president will focus on economic reforms and local council elections expected at the end of the year.

It is unclear whether Al-Sisi’s swearing-in will be followed by the resignation of the government. Hassaballah says there is no constitutional article obliging the government to submit its resignation following the end of a presidential term.

In recent weeks a number of MPs have attacked the government of Prime Minister Sherif Ismail, accusing it of working in favour of the rich and implementing IMF policies that have left millions of Egyptians living below the poverty line.

The latest wave of criticism followed the government’s move to increase the price of metro tickets. MPs accused the government of snubbing parliament and failing to inform the public of the increases in advance.

Cabinet Spokesman Ashraf Sultan told reporters earlier this month that a cabinet reshuffle was on the cards.

“MPs have strong reservations over the performance of several cabinet ministers,” Hassaballah said during a press conference on Tuesday.

“They have not met expectations and their performance is being questioned on objective grounds. Sometimes the government responds to our criticism of cabinet ministers and sometimes it takes a passive position.”

“If President Al-Sisi decides on a cabinet reshuffle and canvases our views on who should go and who should stay we will be more than happy to provide them,” he said.

Hassaballah also revealed three key laws — regulating the media and the press, criminal procedures and local councils — will be voted on by parliament before MPs adjourn for July’s summer recess.

The Criminal Procedures Law includes 600 articles while that on local councils comprises 256, 10 of which regulate municipal elections.

“We hope that once the law is passed Egypt will be ready to hold its first municipal elections in 10 years,” said Hassaballah.

Parliament has passed 111 laws since its third season began in October 2017.

“Some of these laws, such as amendments to the law regulating the performance of the Administrative Control Authority, focused on fighting corruption while others, such as that establishing the Higher Council for Combating Terrorism and Extremism, aim to step up the fight against radical militant movements,” said Hassaballah.