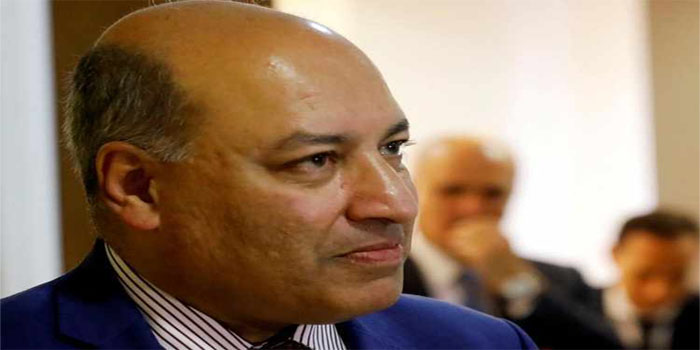 Lebanon has one of the world’s most indebted governments measured against the size of its economy. Growth has been slowed by war in neighbouring Syria and years of political inertia.
“The Lebanese financial sector is the backbone of the country’s economic stability and international reputation. Supporting Bank Audi’s operations and corporate governance is crucial in maintaining its resilience in the challenging environment in the region,” EBRD President Suma Chakrabarti said in a prepared statement.
The EBRD began work in Lebanon in 2017. It has said it wants to support the country’s private-sector competitiveness, promote sustainable energy and energy reform, and improve delivery of public services.
“This investment in Bank Audi helps send a positive signal on the growth potential of the local economy,” Audi Chairman and Group CEO Samir Hanna said.

Audi and the EBRD have worked together previously in Audi’s Egyptian and Turkish units on supporting small and medium-sized enterprises and trade.

The EBRD on Thursday also announced it will sign a $50 million trade finance line with Lebanon’s third-largest lender, Fransabank.

Fransabank will become the first bank under the EBRD’s Trade Facilitation Programme in Lebanon, which aims to support international and intra-regional trade by providing guarantees and cash advances for import, export and local distribution of imported goods.

Fransabank said in joint statement with the EBRD it expected further cooperation between the two parties in the future.

Hoping to stimulate its economy, Lebanon is seeking up to $16 billion this year for infrastructure investment from international investors and donors who hope to ward off more Middle East instability, in a country that hosts more than a million Syrian refugees.

A donor conference will be held in Paris on April 6.

“The EBRD is entering Lebanon at the right time in history. Lebanon has chosen to take a very pro-private-sector development path. At the meeting in Paris in a few weeks time we will emphasise that. We will show strong support for the government’s capital investment plan,” Chakrabarti said after meeting Finance Minister Ali Hassan Khalil.

“We believe we have a big part to play in that plan and delivering it as well,” Chakrabarti said.

Khalil told Reuters the EBRD investments would have a “positive impact” on the Paris conference.

Lebanon is under pressure to prove to potential donors and investors that it has a credible economic plan to reform infrastructure, bring spending under control and curb spiralling debt.

The EBRD has said the bank’s activities in Lebanon will depend on political reforms and regional geopolitics.

On his first visit to Lebanon since the country became an EBRD economy of operations in September 2017, Chakrabarti also met President Michel Aoun and central bank Governor Riad Salameh.

In a statement, Salameh said he welcomed the EBRD’s interest in investing in Lebanon’s banks.