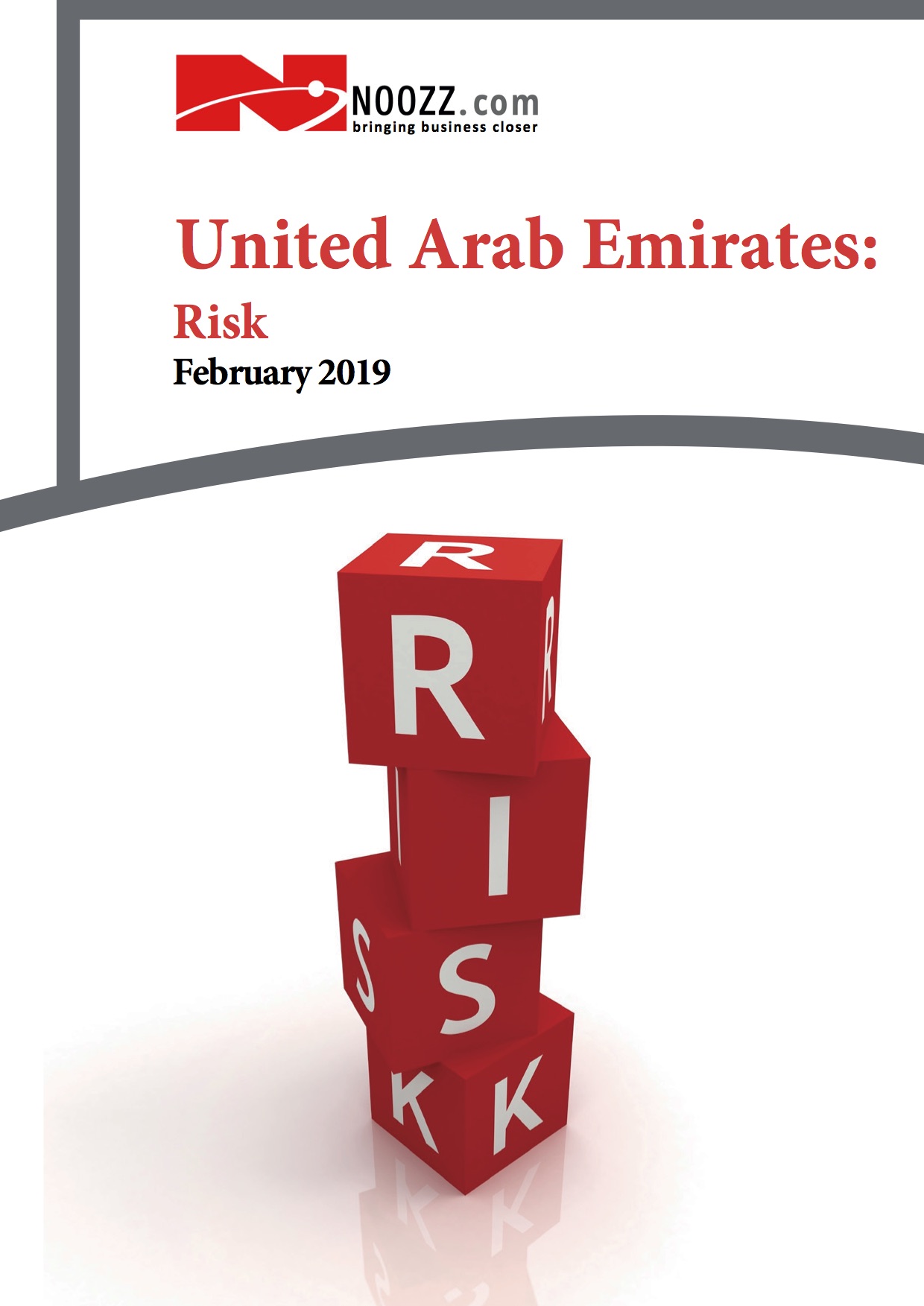 • Economic risk (MEDIUM): The economy looks set for a sustainable 3.5% growth rate. The decision by the two largest emirates to inject scal stimulus reduces the risk of a deeper downturn.

• Political risk (MEDIUM): There is little sign of a likely end to the diplomatic dispute between the UAE and Qatar, while a 10-year prison term for political activists points to growing authoritarianism.

• Financial risk (LOW): Large foreign asset reserves and a scal surplus will protect the UAE from falls in export revenues as Moody’s has kept its rating of the bank sector at stable.

• Commercial risk (MEDIUM): The UAE has risen just shy of the top 10 best places in the world to do busi- ness, according to the World Bank. Its new investment law allows foreign investors to take 100% states in sectors yet to be de ned.