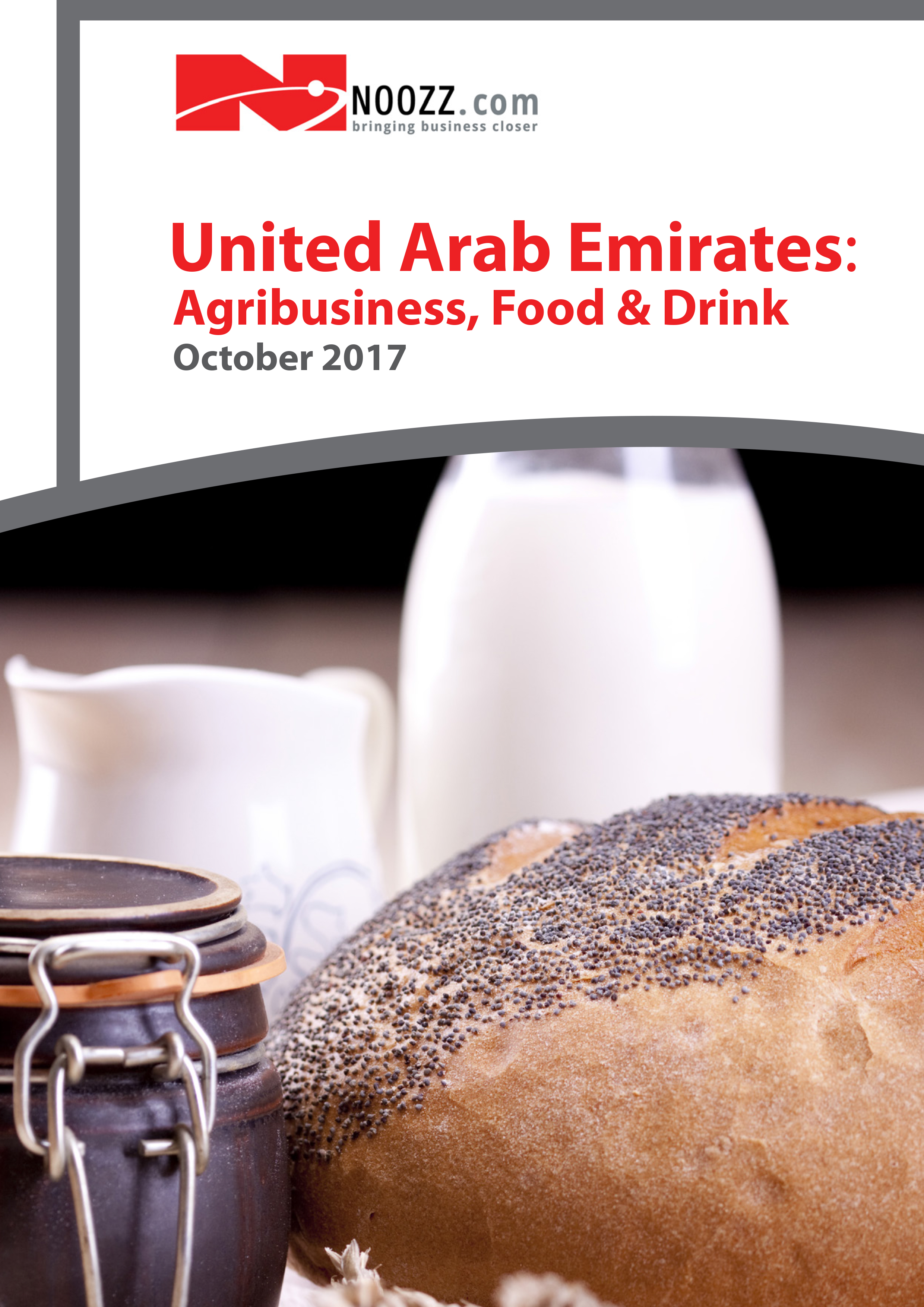 While its climate and landscape prevent large-scale cultivation of agricultural crops, the United Arab Emirates has managed to compensate for this weakness by promoting the development of a sophisticated food processing industry that has grown into a major exporter of processed foods to the Middle East and North Africa (MENA) region. The UAE food processing industry is expected to grow at an average annual rate of 4.3% through 2020. However, the food and drink sector is facing a new challenge in 2017, with the imposition of new taxes on energy drinks (100%), and soft drinks (50%) beginning in October 2017. A 5% value added tax (VAT) will take effect in January 2018. The VAT tax will exempt 100 food and drink items, but the new taxation will significantly increase prices for certain food items.

Agricultural output accounts for less than 1% of the UAE’s GDP as only 0.4% of the country’s land is arable, down from 0.9% in 2010. The UAE has been proactive about guaranteeing its food security through strategic investments in agriculture around the world and engagement with the resource efficient methods for cultivating fruits and vegetables year-round. In late 2017, the UAE’s largest agricultural company, Al Dahra, announced an AED 4.9 bn investment in commercial cultivation of grains in the Black Sea region, together with Saudi Agriculture & Livestock Co. (SALIC), a unit of the country’s Public Investment Fund. The plain aims to help secure Saudi and Emirati grain supplies.

Hopes by the UAE government for a rebound in growth in 2017 were boosted by a snapshot index of the non-oil private sector that showed the economy was growing at a faster pace. The survey of purchasing managers by Emirates NDB showed the headline index was 56.5 in June, up from May’s seven-month low of 55.0 and above the long-run series average of 55.2. It was also well above the 50.0 point that marks the line between expansion and contraction. Inflows of new business continued to rise for the 16th consecutive month during June. The combination of more projects, promotional activities and inflows of new business contributed to greater business activity, according to anecdotal evidence. However this was offset by a new forecast by the International Monetary Fund of growth of just 1.3% in 2017.