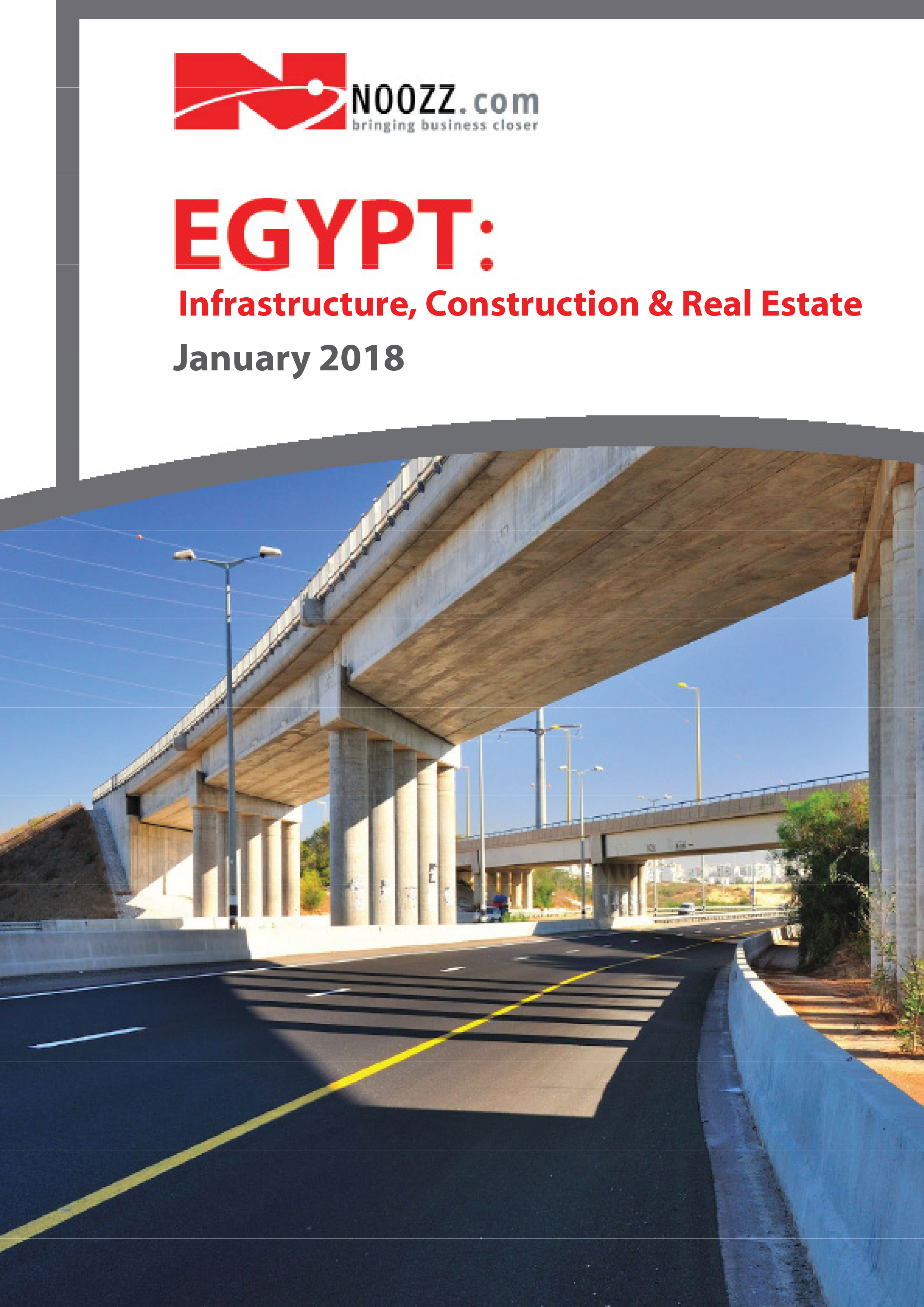 Egypt’s infrastructure, construction and real estate sector is a major economic driver and a foundational component of national commerce, accounting for 20-23% of GDP and 8 million jobs. The industry has suffered due to Egypt’s ongoing political and economic instability, but is showing signs of recovery and strong prospects looking forward led by government investments in infrastructure and affordable housing. In December 2017, President El-Sisi announced a major multi-billion dollar infrastructure project for the Sinai Peninsula, which will commence in 2-3 years’ time. In January 2018 Housing Minister Mostafa Madbouli announced the establishment of an investment zone called City Center Almaza on an approximately 12,000 metre plot in Cairo’s Al-Nozha area. Minister of Investment Sahar Nasr also announced an investment zone in cooperation with the private sector on a 12,000 metre plot on the Suez-Cairo road. Meanwhile the real estate sector posted growth of EGP 66.61 bn in 2017, surpassing 2016 levels.
Egypt’s strengthening in economic activity the course of 2017 will boost hopes of a broad-based growth despite the continued negative outturn in the purchasing managers survey. In an assessment in November 2017 IMF country director Subir Lall said the economy continued to perform strongly”. His comments came as the IMF’s executive board completed the first review of the US$ 12 bn Extended Fund Facility (EFF) programme. The programme aims to help Egypt restore macroeconomic stability and promote inclusive growth. Policies supported by the programme seek to: correct external imbalances and restore competitiveness; place the budget deficit and public debt on a declining path; boost growth; and create jobs while protecting vulnerable groups. The government has set a long-term vision of the economy growing by as much as 6.5% by 2020. The IMF and the Egyptian authorities both hope the devaluation of the pound that accompanied the EFF loan package that was delivered in mid-November 2016 will encourage exports and create jobs in the export sector.