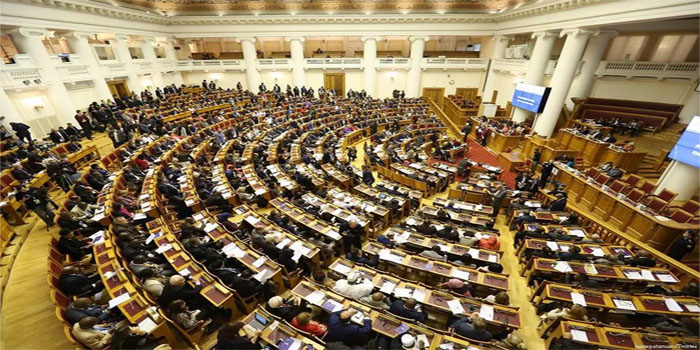 The Inter-Parliamentary Union (IPU) passed a resolution in support of Palestinian rights yesterday, at its 138th session in Geneva.

According to reports, the IPU voted in favour of a resolution introduced by Palestine, Kuwait and Bahrain, condemning US President Donald Trump’s recognition of Jerusalem as Israel’s capital.

The Jordanian representative was also reportedly involved in lobbying for the motion.

The IPU is a forum made up of representatives from the national legislatures of 176 countries.

A resolution introduced by Israel, meanwhile, condemning “Iran’s malign activities”, did not pass.
Israeli media said that the Palestinian delegation’s success at the IPU came “despite Israeli efforts”, with Members of Knesset “work[ing] all weekend” and “meeting with representatives from Argentina, France, Russia, Mexico, Canada, Brazil and other countries”.

However, the Jerusalem Post noted, “in the end, the Palestinian effort succeeded and the Israeli initiative was voted down”.