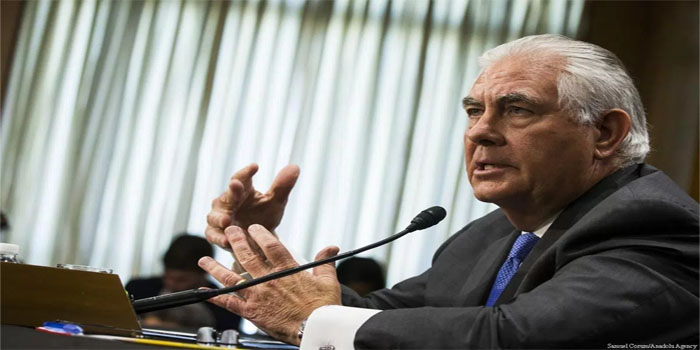 The United States today urged members of the coalition fighting Daesh to help rebuild Iraq or risk the reversal of the gains made against the group there, Reuters reported.

The US leads the coalition and hopes that after a three-year fight to defeat the militants it can count in large part on Gulf allies to shoulder the burden of rebuilding Iraq and on a Saudi-Iraqi rapprochement to weaken Iran’s influence in the country.

Daesh took control of large parts of Iraq and Syria in 2014.

Donors and investors have gathered in Kuwait this week to discuss efforts to rebuild Iraq’s economy and infrastructure as it emerges from a devastating conflict with the hardline militants who seized almost a third of the country.

Iraq declared victory over Daesh in December, having taken back all the territory captured by the militants in 2014 and 2015. The fighters have also been largely defeated in neighbouring Syria.

The US appreciates the “generous contributions” of coalition members over the past year, but more is needed, Secretary of State Rex Tillerson told a coalition meeting in Kuwait.

“If communities in Iraq and Syria cannot return to normal life, we risk the return of conditions that allowed ISIS to take and control vast territory,” he said, using another acronym to refer to the group.

“We must continue to clear unexploded remnants of war left behind by ISIS, enable hospitals to reopen, restore water and electricity services, and get boys and girls back in school.”

The US is not expected to make a direct government contribution at the conference, however.

“It’s not in the question of a pledging thing where we go out with requests, it’s underscoring – there is a need for support. It’s investment, it’s private company engagement, it’s DFI,” a senior state department official travelling with Tillerson told reporters yesterday.

“But it is also – and there are Arab donors willing to help and support – focus your efforts on those areas where it actually achieves something in terms of stabilisation and countering foreign influence.”

Tillerson also said Washington had decided to provide an additional $200 million of aid to stabilise liberated areas in Syria.