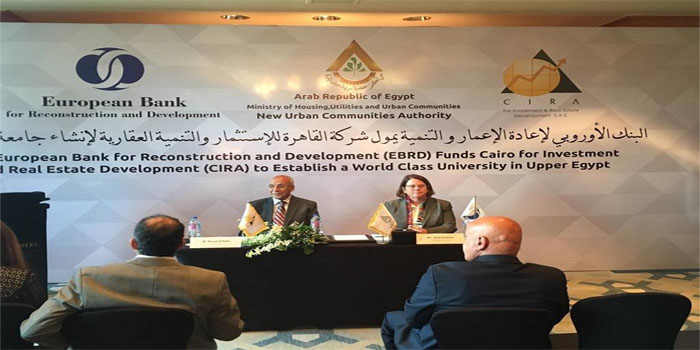 Cairo For Investment and Real Estate Development announced that the EUR 25 million loan from the European Bank for Reconstruction and Development (EBRD) will be used to finance 50% of the construction cost of a new university in west Assiut.

In addition, about 30% of the loan will be directed to finance planting green spaces and using solar power generation technology, the company said in a statement to the Egyptian Exchange (EGX) on Wednesday.
The investment cost of the eco-friendly university, set to be inaugurated in September 2021, reaches EGP 2.2 billion, including a construction cost of EGP 1 billion.

The seven-year loan agreement includes a two-year grace period and the value of the loan will be given in the Egyptian pound, the statement added.

The value of the land amounts to EGP 258 million, of which EGP 43 million has been paid, while the remaining EGP 215 million will be paid within 30 days as of the date of signing the land contract.