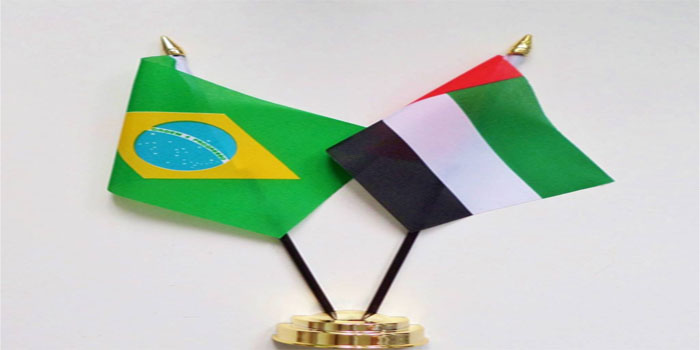 The Arab-Brazilian Chamber of Commerce (ABCC) revealed that Brazil’s exports to the UAE valued at $1.534 billion during the first eight months of 2019, after exporting a volume of 1.825 million tonnes.

Brazilian imports from the GCC country reached $380.35 million in the January-August period of 2019, after importing commodities of 680,730 tonnes, according to a press release.
Meanwhile, the Latin American state has exported chicken meat and bovine meat to the UAE at a value of $399.51 million and $215.09 million, respectively.

The Brazilian trade balance with the UAE stood at $1.153 billion during the eight-month period ended 31 August 2019.

This comes on the sidelines of the ABCC’s announcement that it has joined a Brazilian delegation in a special business mission to four Arab countries, namely Egypt, Saudi Arabia, Kuwait, and the UAE, to consider agribusiness opportunities and food security.

Rubens Hannun, President of ABCC, said: “The mission aimed at opening up new opportunities for many Brazilian goods, including beef, poultry, sugar, maize, and coffee, to enter the growing Arab markets, particularly the UAE.”

“The mission falls in line with the Brazilian Government’s goal to strengthen its exports to the Arab world and strengthen its investment ties with Arab companies. The high-profile visit also signified the importance given by Brazil to its major trade partners in key Arab markets.”