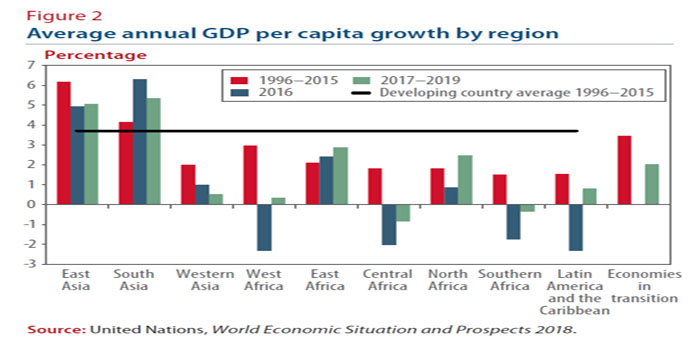 The needs of banks in liquidity eased somewhat in January 2019, amounting to 15,837 MD, after reaching 16,049 MD in December 2018, according to the report of the BCT on ‘Economic and Monetary Developments and Medium-term Prospects, February 2019’ released on Friday.

This slight easing is due in particular to an expansionary effect induced by Treasury expenditures.

The financing of the liquidity needs was secured at 81%, through the BCT’s interventions in the money market.

The remainder was filled through the permanent loan facilities at 24H (3,033 MD as against 3,159 MD a month earlier).

The intervention of the BCT on the money market, which amounted to 12,827 MD compared with 12,914 MD in December 2018, took the form of main refinancing operations (OPR) for 7 billion dinars, foreign exchange swaps for monetary policy purposes (2,205 MD), firm purchases of treasury bills (1,679 MD) and longer-term refinancing operations (6 MD), which came into effect for the first time on December 5, 2018.

This 6-month refinancing is intended for banks that grant medium and long-term loans for the financing of investment projects in the productive sectors (1,943 MD).

It is granted at the weighted average rate of the main refinancing operations under the last call for tenders, plus 25 basis points.

The easing of pressure on bank liquidity has fostered some stability in key money market interest rates. The weighted average rate of the main refinancing operations and the MMR remained at 7.05% and 7.24% respectively, in January 2019.