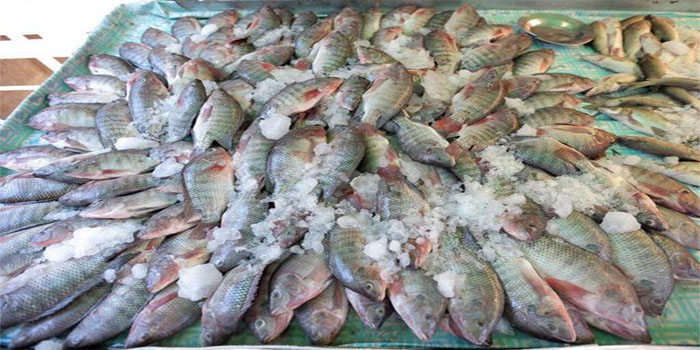 A plan is under way to establish Amman’s first fresh fish market by the beginning of next year, according to a senior government official, who said that the project seeks to diversify Jordanians’ diet at affordable prices.

The Ministry of Agriculture will enable farmers to stock fish at hundreds of farm ponds spreading across the Kingdom to supply the planned fish market with different kinds of fresh fish, Minister of Agriculture Khaled Hneifat said on Tuesday.

“Jordanians consume 30,000-40,000 tonnes of fresh and frozen fish annually. It is imperative to provide the public with a sustainable supply of fresh fish and at affordable prices to allow for shifting Jordanians’ diet from being solely dependent on meat to fish, as well as for health considerations,” Hneifat told The Jordan Times on Tuesday.

Meanwhile, enhancing Jordan’s fish production by using the already existent farm ponds seeks to support farmers and provide them with an additional source of income.

“It is about time that we have a regulated fish market; one that operates under a clear mechanism and strict health monitoring,” Hneifat said.

The minister said that the ministry will facilitate interest-free loans for farmers to kick start their micro fish farming projects.

“We will provide farmers with interest-free loans, worth JD1,000-JD5,000, from the Agricultural Credit Corporation,” Hneifat highlighted.

He said that capitalising on the use of every cubic metre of water in a country such as Jordan, which suffers from acute water shortage is also among the goals of the proposed project, noting that setting up a fish market also seeks to replace imported fish with locally produced fish.

On Monday, Hneifat and Amman Mayor Yousef Shawarbeh met and discussed the plan for establishing a fish market in Amman.

In a statement e-mailed to The Jordan Times, Shawarbeh expressed the support of the Greater Amman Municipality (GAM) for the project, noting that it positively impacts the local market.

The mayor also said that the GAM’s health control and inspection employees will be present at the market once established to assure people about the safety of the products to be displayed at the proposed market.

Hneifat underlined that his Monday meeting with Shawarbeh was one of several similar meetings to work out the details of the project, noting that technical teams from both sides are tending to the details.