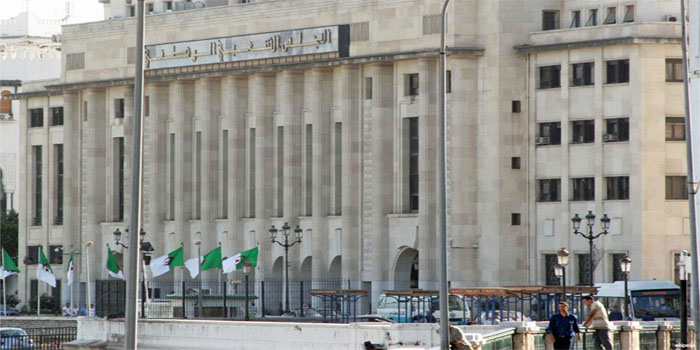 Algeria’s Movement of Society for Peace (MSP) has invited both the National Liberation Front (FLN) and the National Rally for Democracy (RND) to discuss “a National Accord” which would lead to a joint political vision ahead of the presidential election.

Last week, FLN’s Secretary-General Gamal Ould Abbas criticised a call by MSP’s President, Abdul Razzak Mukri, for an intervention by the national military, which he said was “unacceptable”.

Mukri was recently reported to have called on the army to support what he described as “the democratic transition period”.

MSP’s National Office head Abdullah Bin Ajamieh recently revealed that the movement had already started communications with various political activists regarding its national initiative including the Rally for Culture and Democracy and the Social Forces Front opposition parties.
In a recent interview with Deutsche Presse-Agentur (DPA), Mukri stressed that the National Accord “would save the country from possible crisis,” adding that the movement had received “positive feedback” on it. “We [MSP] have chosen not to pay attention to the criticism on our call to the military.”

“Involving the military does not mean that we are launching a power struggle,” Mukri stressed.

“If the government rejected our [MSP] proposal and then incumbent President Abdelaziz Bouteflika runs for another term, this would mean a failure of the initiative,” the Algerian politician pointed out, adding: “We, opposition and civil society, must then demand guarantees of the elections’ integrity and transparency.”