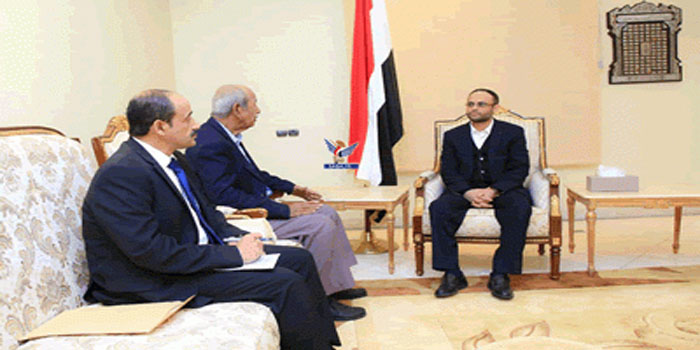 President of the Supreme Political Council, Mahdi al-Mashat, met on Saturday with head of the Southern Movement component participating in the National Dialogue Conference, Khalid Ba-Ras, and his deputy Ghalib Mutlaq.

The meeting dealt with the developments at the national arena, especially in the southern provinces, in light of the violations and crimes committed by Saudi and Emirati occupation forces in the occupied areas.

In the meeting, Ba-Ras and Mutlaq noted to what the popular movement is doing against the Saudi and Emirati occupation forces in the southern provinces.

They confirmed the continuation of the confrontation with those forces that tamper with the homeland capabilities, loot its wealth, and aim to undermine its unity and sovereignty.