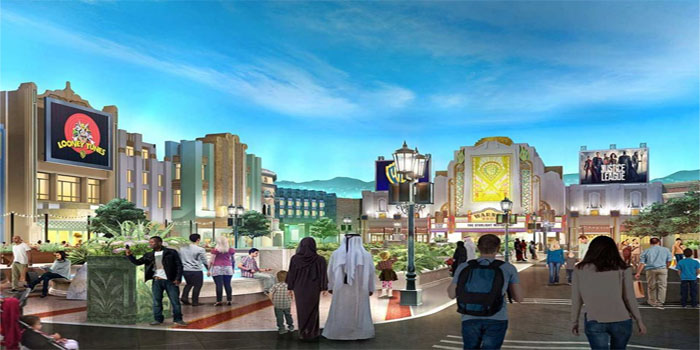 As good news for DC fanboys, Warner Bros Entertainment and Miral Asset Management have partnered to build their promised land in Abu Dhabi, with $1 billion investments.

Situated on 1.65 million square feet on Yas Island, the new theme park will comprise 29 rides including a number of interactive experiences, including four rides and attractions and authentically-themed restaurants and memorabilia shops.

In the mega-project, those fanboys can visit Gotham City to salute Batman or even take their anger out on his arch enemies, namely The Joker, The Riddler, Harley Quinn, and Scarecrow.
“Kids will come and they will try these fantastic rides but at the end of the day they will get a message,” chairman of Abu Dhabi Tourism & Culture Authority Mohamed Al Mubarak told CNN.

Warner Brothers Abu Dhabi will be one of our major attractions in the UAE capital, which include museums, theme parks, and shipping malls, Al Mubarak added.

“The folks from Warner Brothers and the folks from Miral have worked side by side, day by day and you can see it, the level of detail,” CNN reported, citing the chairman and CEO of Warner Bros Kevin Tsujihara as saying.

The Warner Bros theme park will feature other famous characters from the DC Comics world, including not only Batman and Batwoman, but also Superman, Wonder Woman, The Flash, Green Lantern, as well as the beloved characters of Looney Tunes.