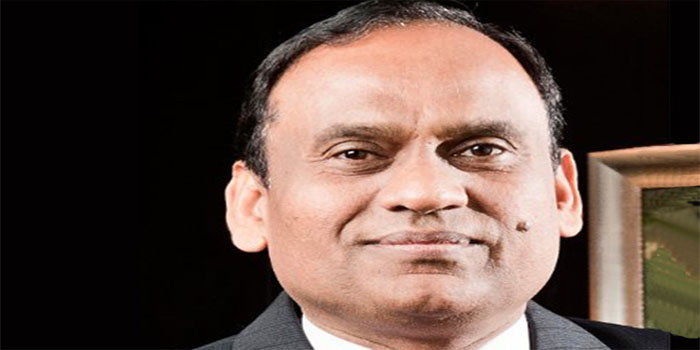 Recent figures from insurance giant Zurich International Life showed that cancer (44 per cent) and heart disease (41 per cent) account for the majority of critical illness claims in the UAE.

Across the Middle East, the average age of a critical illness claimant is 48, with the youngest child claimant just 4-years-old.

Being diagnosed with a chronic disease or terminal illnesss is no doubt emotionally and physically straining on patients, and added financial strain can often exacerbate an already debilitating situation for both patients and their loved ones.

“How will I cover my treatment and rehabilitation costs? What will happen to my family if I need to leave work? Who will cover their basic living expenses? These are questions patients sadly often have to face while already trying to cope with the emotional, mental, and physical tribulations of chronic illness,” said SS Raju, personal finance expert at the region’s largest independent financial advisor, Nexus Group.

“Instead of focusing on their health and wellbeing, patients find themselves worrying about their families’ financial security – and that is especially the case when the patient is the breadwinner in the family.”

Unlike medical insurance, a critical illness plan pays the policyholder a lump sum amount in the event he or she is diagnosed with a life-threatening illness. The policy covers more than 30 medical conditions, including cancer, heart attack, kidney failure, stroke, as well as third degree burns, blindness, deafness, and loss of speech. How patients then choose to use that money is up to them, whether it is replacing a loss in income (due to decreased ability to earn), paying for hidden healthcare costs (such as physiotherapy or speech and language therapy), financing a change in lifestyle (such as home modifications for wheel chair access), or paying repatriation costs.

“Due to advances in medicine, more people are living longer and surviving chronic diseases. Adding critical illness cover to a life insurance policy is a cost-effective way to supplement a loss of income, should someone be unable to work during treatment and recovery,” explained Raju.

However, experts warn that chronically ill patients in the UAE and across the Middle East are seeking critical illness protection too late, and, as a result, are putting themselves in “avoidable” financial jeopardy.

According to recent figures from Zurich International Life, more than three-quarters (76 per cent) of UAE residents are underinsured and 85 per cent of women are not covered for critical illness.

“Although we are definitely seeing greater awareness in the region, this awareness is not necessarily translating into action. Many patients are coming to us too late, after their illness has already progressed, and therefore insurance companies reject the cover based on the existing status of the patient’s health,” said Raju. “More needs to be done to make people secure the cover while they could.”

And with the rising rates of chronic diseases across the region, the earlier a person signs up for critical illness cover, the better. Studies show that diabetes and obesity are two of the leading causes of vascular diseases, including heart attacks and strokes.

Figures from the International Diabetes Federation put the number of people living with diabetes in the Mena region at more than 35 million, with that number expected to rise to 72 million by 2040. More than 40 per cent of these cases have not been diagnosed and are at risk of developing harmful and costly complications. Moreover, diabetes caused 342,000 deaths in 2015. Of those, more than half (51.3 per cent) were people under the age of 60.

And the figures for obesity do not look anymore promising – according to BMI Research, more than two-thirds of Mena countries posted overweight and obesity prevalence rates of more than 50 per cent for both men and women.

In addition to securing cover, investing early in a critical illness plan will maximise the value of the cover while keeping the premium exceptionally low. Data from Nexus Group shows that the monthly premium for a 40-year-old non-smoker securing a $500,000 term insurance cover until age 65 could be as little as $250. Meanwhile, securing the same cover at age 30 could be just $150 per month.

Clients can also choose to pay the premium in a limited period (5 years or more) and secure a whole-life cover together with life insurance. However, the premium will be slightly higher than the term insurance option. The maximum amount of cover one can obtain in the UAE market is $1.25 million.

A common misconception about critical illness is that making a claim is a tedious process and insurance companies often do not pay. However, figures from Zurich International Life show that 87 per cent of claims in the Middle East were successfully paid out between 2013 and 2015.

“The process is fairly simple,” explained Raju. “Upon diagnosis of a life threatening critical illness, all the insurance provider requires is a doctor’s certificate and related test results. In majority of cases, we receive claim amounts in as little as three working days. Sometimes the insurance company may need more information from the client’s personal physician, which may cause a slight delay, but most times it is a seamless process.”

Another common misconception, explained Raju, is that having a medical insurance policy offers adequate cover, when in fact, there may be many limitations, ranging from a cap for treatment costs to the exclusion of more advanced and investigative procedures.

“The last thing you or your family wants to worry about at a time like this is expenses,” concluded Raju. “All your energy should be channelled towards getting better. Ultimately, what you are investing in is your peace of mind.”