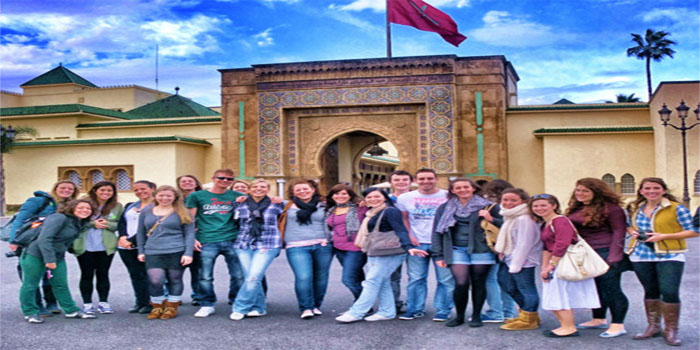 The number of tourists who visited Morocco in January saw a rise of 10.3 percent, reaching 651,708 visitors. The contribution of Moroccans living abroad to this increase is undeniable. The rise in the number foreign tourists, however, has seen a significant increase of 7 percent.

According to the data from the Observatory of Tourism, the number of Spanish visitors increased 13 percent, Germans and Dutch visitors by 8 percent, and French and Belgian by 6 percent.

The increment in the number of tourists from mainland Europe is very low compared to other markets. The increase in the number of American tourists hit 29 percent, whereas South Koreans, Russians and Japanese tourists increased by 41 percent, 84 percent, and 55 percent, respectively. The highest increase recorded is in Chinese tourists, which hit a staggering 1350 percent.

Concerning tourist accommodations, 2017 overnight stays in classified establishments increased by 11% compared to 2016, with a 21% increase for non-resident tourists and a decrease of 8% for residents.

Agadir, Marrakech and Casablanca accounted for 72 percent of the total night stays. The city of Agadir increased its overnight stays by 20%, followed by Casablanca with 7 percent and Marrakech, which was up by 6%. The cities of Fez and Tangier also grew by 27% each.